Newt Isn't the Only One with an "Open Marriage" History

By: Matt Rooney | Cross-posted at SaveJersey.com

I’m always amused by the anti-Romney folks out there, Save Jerseyans, who reflexively accuse Mitt of a being a “flip flopper” when they themselves can’t settle on a candidate for more than five minutes! 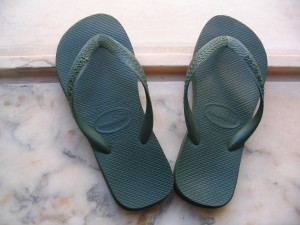 My criticism isn’t directed towards those of you who have loyally stood by Santorum, Newt, or whoever for months. I’m talking about folks who HATE Mitt with the burning fire of a thousands suns and have been 110% for every candidate besides him at various points over the last few months.

Bachmann (for 1 day), then Perry (2 days), then Cain (for 3 pizzas), then Newt, then Santorum for half a week, an now Newt (again)? I have trouble keeping it straight.

I wouldn’t trust you folks with custody of a pet rock let alone a country.

And today looks to be just the latest example of these flip-floppers’ indecisive primary dispositions. Newt Gingrich is now poised to upset Mitt Romney in South Carolina after two superb debate performances earlier this week. The latest RCP average reflects a 2.6-point Newt lead; Romney was up by nearly 10-points this time last week. We’re probably in for a long war… akin to Obama vs. Clinton circa 2008? We’ll know in a few hours when polls close in the Palmetto State. 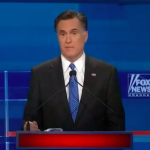 I don’t want to dump on 1/3 of South Carolina’s 500,000 primary voters without a brief qualification. Some late deciders for the Speaker are undoubtedly acting on legitimate concerns.  Mitt really stunk in the last two debates. Terribly. His exceptionally lame tax return answer was even more confounding (and damaging going forward). In short, Mitt gave primary voters serious doubts precisely when he was beginning to close the deal.

At the same time, I know some of you were looking for a reason – however trivial or base – to NOT support a rich Mormon yankee who didn’t emerge from the womb with a copy of Ayn Rand’s Anthem clutched in his tiny little arms coursing with blue blood. 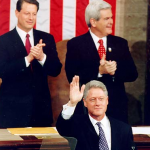 I’m also intrigued by evangelical friends who are easily able to forgive Newt’s many personal and public infidelities (the victims of which include his wives, Paul Ryan and capitalism), but yet still refuse to forgive Mitt Romney, a great family man, who despite his past mistakes was nevertheless a more conservative governor of Massachusetts than Ronal Reagan was of California.

Remember: these same “religious” folks who screamed “character counts” at the top of their lungs in the late 1990’s are seemingly unphased by Newt’s alleged “open marriage” with his first wife. It doesn’t add up.

Or maybe it does? Newt’s situation may’ve hit a little too close to home for the Romney haters. After all, the Republican base’s flip-floppers have conducted an “open relationship” with the entire GOP field for the past six months.

Where Did All of These Haitians Come From and Why Are They at the Border Now?
Townhall
Ted Cruz asks Richard Blumenthal a simple question about African American voter participation, and Blumenthal's answer 'speaks volumes' [video]
Twitchy
Ted Cruz Asks Richard Blumenthal a Question About Black Voter Participation That Blows up Dem Narrative
Redstate
Another Russian Attack on America's Food Supply—Because Nobody Takes Biden Seriously
PJ Media