The reason? Governor Chris Christie is en route to beautiful Simi Valley, California for a BIG Tuesday evening keynote speech at the Ronald Reagan Presidential Library. The topic is leadership; specifically, Chris Christie’s expert reflections on the topic… something Sheila Oliver knows all about. Maybe she should hop a redeye to Cali, take in a little sun and offer to the Big Guy’s the intro? But I digress. 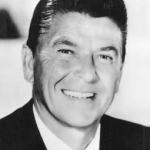 Being the famous humanitarian that I am, I’ve taken it upon myself to try and gently adjust people’s expectations since my triumphant return to Save Jersey. Mainly by telling Christifornicators to “take a cold shower” and move on with their lives.

Of course, I’ve failed miserably. And I’m certain that a compelling Christie speech just inches away from Ronaldus Magnus’s grave 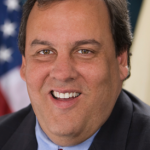 followed up by a big ole’ heartwarming Nancy Reagan bear hug won’t help dissuade anyone of his alleged presidential ambitions.

I penned a piece on the eerie parallels between Ronald Reagan’s first term as California Governor and Chris Christie’s early days in Trenton back April 2010. My crystal ball was working particularly well that day:

Then as now, the “silent majority” thirsted for a charismatic, fiscally conservative leader with executive experience to rise up, make waves, and lead the Republican Party in a dramatically new direction. I’m not suggesting that 2012 will necessarily be Chris Christie’s opportunity to go national and repeat history (although stranger things have happens in American political history – ask the current president). 1972 wasn’t Reagan’s time to shine, either. It took another eight years to build the support base and establishment backing necessary to revolutionize and rejuvenate the long-stangnant GOP.
______________________
However, with relatively young conservative leaders like Chris Christie, Paul Ryan, and Marco Rubiomaking national headlines so regularly (and early) in their respective political careers, you can’t blame this blogger for being increasingly excited to see whether our new Governor is, in fact, undertaking the initial forward movements in the Gipper’s massive political footsteps.

Spot on correct? Sure. Ahead of the curve? Naturally!

But I probably should’ve kept my trap shut.

As much as I want politicians to emulate Christie’s exampel, I also don’t want them to neglect the people who, ya know, are actually running! But it’s like talking to the wall these days. It seems even tidal waves couldn’t save the base from Christifornication…