QUOTE OF THE DAY:
"As far as the Russian elite is concerned, it’s another very important step in Russia’s restoration of its position in the world. The public and government is so proud not only because they defeated Georgia, but because they humiliated and defeated their great geopolitical rival, the United States of America."

DEMOCRATS…A MILE HIGH…AN INCH DEEP…as they continue to show us that Obama is just NOT ready to be Commander In Chief.

AFL-CIO LAUNCHES MEDIA CAMPAIGN… "To introduce" Obama "to union voters in 24 ‘priority’ states," noting that this outreach is part of a $53M "dollar mobilization, the largest in the AFL-CIO’s history." Union officials "say that many union voters remain unfamiliar with Obama." Union members in MI, OH, WI and PA "will receive a glossy mailer that touts Obama "as champion of the working class, a demographic he struggled to attract during" the primary…trying to bring home Reagan Democrats.

HILLARY DEMOCRATS FOR MCCAIN…it’s happening.  Clinton supporters who are worried if Obama is ready, and not ready to take the risk, are voting for McCain.  See one Clinton supporter’s testimonial here.

GARY PETERS…supports higher taxes, won’t support repeal of the MI Business Tax and is trying to "re-brand" himself as a fiscal conservative…don’t believe it!!!  Joe Knollenberg has been fighting for working families and Oakland County for years.  Don’t be fooled by Peter’s campaign rhetoric.

VICTORY PROGRAM IN FULL GEAR…. as thousands of volunteers across the state start filling our phone shifts, begin door-to-door activities to identify Republican voters and McCain supporters statewide.  Please join us at your local Victory Center soon…and often!  Thanks again for all you do.

TEXAS GOP HITS OBAMA HARD…with an ad about how Obama lives, how he wants to live and how the rest of his family lives.

RUSSIAN BEAR ALIVE AND WELL…it looks like the west allowed Russian aggression against its sovereign neighbor to stand.  Russian imperialists are determined to re-establish it’s control over free people, our allies yearning a democratic way of life, while NATO and the rest of the free world appear ready to just watch?  What a shame?

THE BIG SHOW…every Tuesday morning, Democrat State Chair Mark Brewer and I go head to head on WJIM with Michael Patrick Shiels.  We discuss the issues of the day the Big Show is heard statewide on many local stations.  The show can also be heard online.

MICHIGAN POLITICS…in case you missed it… every Tuesday from 10am til noon on WWJ.com, Greg McNeilly, John Truscott,  Kerry Ebersole and Todd Cook talk politics on Eye on Michigan Politics.  A great show.

FOR THE LATEST NEWS, COMMENTARY & INFORMATION:

THE REST OF THE STORY:

The following stories and more are available at my Articles of Interest online.

Knollenberg gets 43 percent to 36 percent for Gary Peters, an ex-lottery commissioner and state senator.

DENVER – Lt. Gov. John Cherry is grabbing the chance in Denver to woo hundreds of Michigan Democratic activists he’ll need to back his 2010 run for governor.

He’s hosting a delegate party at the Cowboy Lounge Wednesday night after the first night of the Democratic National Convention ends and has handed out tote bags stuffed with Michigan products for delegates to munch on. He’s also having state legislators in for a Monday luncheon and sponsored one of the daily breakfasts at the delegation’s hotel in Broomfield.

In the seven-page brief, the city’s general counsel, Sharon McPhail, argues that Kilpatrick can’t defend himself because of the pending criminal charges. And his witnesses, such as whistle-blower attorney Sam McCargo, can’t either because they face possible sanctions to their law licenses from the Michigan Attorney Grievance Commission.

DETROIT — Gov. Jennifer Granholm is expected to announce today whether she’ll proceed with hearings next week that could remove Mayor Kwame Kilpatrick from office, amid continued speculation that a plea deal could still be in the works for the embattled mayor.

Granholm is expected to announce her intentions after reading final legal arguments submitted Monday by attorneys for Kilpatrick and the City Council.

In the briefs, council attorney William Goodman argued Granholm would "set a dangerous precedent" if she fails to act or delays hearings. The mayor’s general counsel, Sharon McPhail, accused the council of engaging in a disingenuous power grab.

DETROIT — Attorneys for Mayor Kwame Kilpatrick are withdrawing their plan, at least for now, to ask to have the mayor’s bond modified, which could include having the tether removed and allowing the mayor to travel beyond the Tri-Counties.

They had planned to ask Wayne County Circuit Judge David A. Groner to hold a hearing Thursday on that issue, but changed their minds after Groner chastised them Monday afternoon for not contacting the court earlier about their plans.

The Write Stuff?
Why Biden’s plagiarism shouldn’t be forgotten.

Teachers and scholars consider the unattributed use of someone else’s words and ideas to be a very serious offense, but the public doesn’t seem to mind much, at least when it comes to politics. The incidents of plagiarism and fabrication that forced Joe Biden to quit the 1988 presidential race have drawn little comment since his selection as Barack Obama’s vice presidential running mate-just as revelations of plagiarism by Stephen Ambrose and Doris Kearns Goodwin scarcely hurt their book sales. In 1987, before Biden quit the race, he called the incidents "a tempest in a teapot." Although most reporters disagreed then, at least enough to pursue the story, they seem now-perhaps jaded by two decades of scandal-mongering-to have come around to Biden’s view.

Pelosi admits Democrats not yet united

DENVER (AP) – House Speaker Nancy Pelosi acknowledged Monday that Democrats still are reconciling following a bitter primary fight, but said "wallowing" in it would not advance their goal of recapturing the White House.

"The nomination is decided, we have a vice president, we’re going to work together and go forward," she said, adding that all 12 national conventions she has attended have been marked by contentiousness.

"But to stay wallowing in all of this is not productive," Pelosi said at a news conference. "So we can talk about this forever, or we can talk about how we’re going to take our message to the American people, to women all across America, to see the distinctions" between Barack Obama and Republican candidate John McCain.

McCain-Romney? Dems fear it could hurt in West

With several polls showing Democratic Sen. Barack Obama trailing Republican Sen. John McCain in Colorado on the eve of the Democratic National Convention, some of the state’s Democrats worried Sunday that McCain might pick former Massachusetts Gov. Mitt Romney as a running mate to solidify his support among a key voting bloc – Mormons.

"It’s going to make a big difference if Mitt Romney is the V.P." for McCain, said Nick Isenberg, a Democratic activist from Glenwood Springs. "We have a lot of Mormons in Colorado."

Romney is a member of the Mormon church, officially known as the Church of Jesus Christ of Latter-day Saints.

‘Overhyped." That’s how the Rev. Rick Warren describes the notion that the evangelical vote is "up for grabs" in this election. But what about the significance of the evangelical left, I asked the pastor of Saddleback Church after his forum with the presidential candidates last weekend. "This big," he says, holding his thumb and forefinger about an inch apart.

Sitting on a small stone patio outside the church’s "green room," I question him further — has he heard that the Democratic Party is changing its abortion platform? "Window dressing," he replies. "Too little, too late." But Rev. Jim Wallis, the self-described progressive evangelical, has been saying that the change is a big victory. "Jim Wallis is a spokesman for the Democratic Party," Mr. Warren responds dismissively. "His book reads like the party platform." 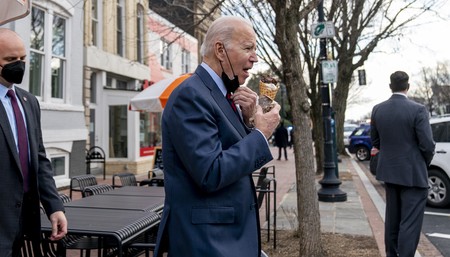 In TX 28, Henry Cuellar and Jessica Cisneros Are Only a Handful of Votes Apart
Susie Moore