The Myth of "Independent" Democrats 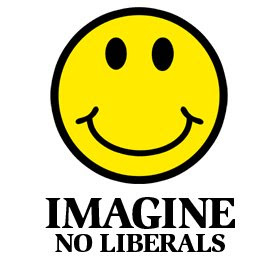 Remember back in 2008 when then Senator Barack Obama promised a “new era in politics”…a time when he would transcend the partisan divide? Remember when he talked about how there aren’t blue state or red states, but rather the “United States”? At each campaign event, Obama promised change, a break from partisanship.

And in the past 10 months, we’ve seen him and his party push a partisan, ideologically narrow agenda. Just as Kansans weren’t fooled by Obama’s promise of “independence”, neither will they be fooled by so-called independent candidates in 2010.

Liberals Laura Kelly and Raj Goyle are another example of this bait and switch politics.

Goyle’s website says it is time for “strong, independent” leadership. Kelly, who announced her run last Friday for Congress, said she would bring “common sense” to Congress.

We have heard this mantra before. Both Kelly and Goyle have strong ties to the partisan, liberal wing of the Democrat Party. Kelly has close ties to Governor Kathleen Sebelius, who is now pushing hard for a government takeover of health care. Kelly campaigned hard for Sebelius’ gubernatorial races and Sebelius returned the favor, recording robo-calls for Kelly’s state senate run.

Likewise, Goyle spent most of his college years dedicated to the College Democrats, leading the charge against Bob Dole’s candidacy on his campus in 1996. He even worked on Clinton/Gore’s 1996 campaign. Goyle also has strong ties to the ACLU, where he worked, the Center for American Progress, a liberal think tank, and the most liberal of activist groups, DailyKos.

There’s no question this duo would be voting lock-step with Pelosi and Co., just as we have seen Dennis Moore do in the 3rd district. Over the next year, we will be covering the liberal records of Kelly and Goyle and why Kansas cannot afford to have them in Congress.

The promise of “independence” has been made before and each time, proven a myth. This time will be no different.