The mainstream media in Michigan has officially flown off the tracks.  The AP’s top statewide writer, Kathy Barks Hoffman in particular has lost every last hint of objectivity and has reduced herself to playing excuse maker for Democratic campaigns.  Better yet, she is creating excuses while intellectually belittling anyone who dares disagree with her political perspective.

Going to vote GOP?  You’re a racist.  Because she says so.

Not that her feature length column doesn’t contain some modicum of proof that McCain voters are all bigots.

McCain’s folksy style, his military record and his patriotism connect well with Michigan’s blue-collar voters, one reason he was able to win the state’s 2000 GOP primary over Bush with the help of Democrats and independents.

It’s a record that could appeal strongly to voters north of Detroit in Macomb County, home to many of the “Reagan Democrats” — blue-collar, socially conservative voters who often are Catholic and of eastern European descent. Many are older residents who oppose abortion and support gun rights, and ardently defend their union rights.

That’s a profile that lines up closely with Republican vice presidential candidate Sarah Palin, the Alaska governor who likes to hunt and whose union-member husband has worked in oil fields and raced snowmobiles, a popular pastime in Michigan.

I’m sorry, that’s the wrong passage.  All that indicates is that the GOP candidates have some measure of appeal.  Now where was that proof of racism… hmm… there’s a paragraph about how rich, white voters in Oakland County really like Obama… that’s not it… hmm… oh yeah, here it is… caught red-handed

“I’ve got a lot of friends … (who) are like, `Oh, no,'” when it comes to voting for a black presidential candidate, said John Martin, a 42-year-old Democrat from Macomb County’s Harrison Township who backs Obama.

That’s it.  Seriously.  One quote from one random Democrat who thinks that Republicans are racists.  Oh, well, Kathy, I’m sold!  I don’t know how I didn’t see it before… John Martin says Republicans won’t vote for a black guy so I guess that means if the black guy loses it’s because we’re all racists!

Thank you, Kathy, for uncovering the rare and sage wisdom of John Martin, who assures us that he knows “plumbers” and people like that.

Curiously, there is not a quote from a Michigander noting his or her observations about the voting motivations of the African-American Democrat voting block.  Might they make a similar assertion?  One might assume that most black Democrats are going to vote for Barack Obama.  Using the KBH logic… they’re all racists.

Of course, the fact of the matter is that the African-American population has and will vote overwhelmingly for the Democrats this fall.  By much larger numbers than whites will vote for the white guy from Arizona.  Not that Kathy tells us that, either.  She DOES, though, give us polling data proving those rascally Caucasians all wear white hoods and robes, or something.

A recent CNN/Time/Opinion Research Corp. poll showed McCain leading Obama by 14 percentage points among whites in Michigan. The Republican also had an 18-point lead in the Detroit suburbs, which split about evenly between Bush and Kerry in 2004…

No word from Kathy about Obama’s lead among black voters in Michigan.  But God bless the blogosphere, that’s what we’re here for.  That same CNN / Time / Op Research poll doesn’t have racial breakdowns available online but others do.

According to a late-August Detroit Free Press / Local 4 poll, Barack Obama is pulling a full 92% of the black vote.

Since KBH likes CNN polling let’s take a look at CNN’s exit polling after the 2004 Presidential election here in Michigan.  According to their surveys the numbers break down something like this:

I don’t know about you but I’m convinced.  Where do I sign up for the racial sensitivity training?

There are two things going on here.  We have Kathy Barks Hoffman and the mainstream media attempting to A) intimidate undecided voters into voting for their preferred, liberal candidates for fear of being labeled a racist and to B) create their story line for November 5th.  If McCain and Palin take Michigan it won’t be because they had better ideas, a better message, ran a better campaign or connected better with Michigan voters.  It will be because Republicans hate black people.  Just ask John Martin. 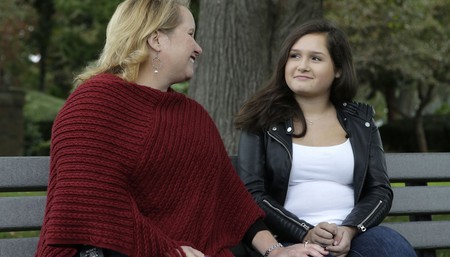 Forcing Transgenderism On Your Child Is Child Abuse, Period.

USC Pollster: Our Experimental But Accurate Model Shows Trump Winning the Electoral College Again
Townhall
“Total loss” from looting in Philly
HotAir
'So good': Watch one man share how he convinced his conservative father who's 'dying of a rare disease' to vote Biden/Harris [video]
Twitchy
Bobulinski Bombshell: The Bidens are 'Compromised' and Lying About Joe's Knowledge of Hunter's Deals With China
PJ Media