Congressman Pence, chair of the House Republican Conference, who’s been mentioned as a potential 2012 presidential candidate was at the Richland Township Fire Department near Johnstown yesterday, campaigning for Tim Burns in the May 18 special election. 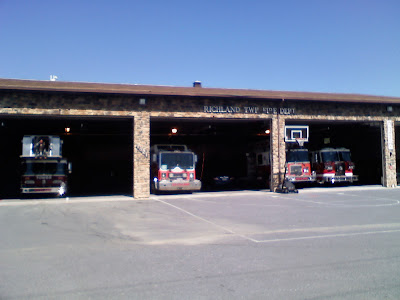 A quick aside: I don’t know if it strikes anyone as strange to see a political event held at a fire station, but volunteer fire companies in Pennsylvania are a unique institution – so much so that a common joke says “You know you’re from PA when you can say ‘firehall wedding reception’ with a straight face”. Yes, I’ve been to several, and Googling the term shows there’s more than a grain of truth in that joke.

Back to the event: Pence is a fantastic speaker, and by all accounts the crowd left this event with even more motivation to send a message to the rest of the country in this important election. 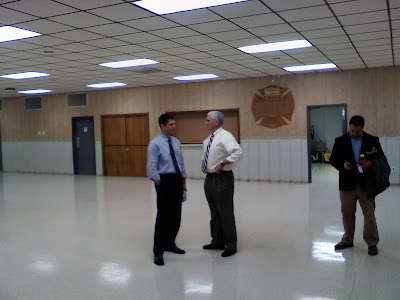 Mike Pence and Tim Burns share a word after the rally

After leaving Richland, I went down the road to the Burns’ Victory Office, set up in the Cambria County GOP headquarters. 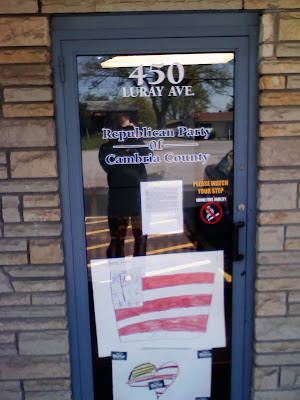 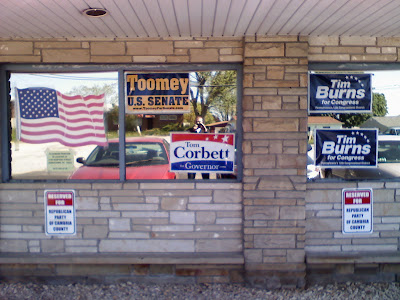 Inside was a warm, welcoming environment, a far cry from my previous experience at a phone bank (making calls for McCain in ’08 in an office 4 or 5 times as big, with bare walls, dozens of unmanned phones, and a palpable lack of enthusiasm. And fewer people there during evenings than were calling for Tim Burns on a weekday afternoon.)

Burns for Congress campaign manager Tad Rupp told me that the campaign made close to 50,000 phone calls last weekend alone. 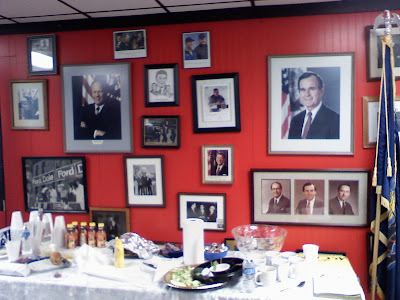 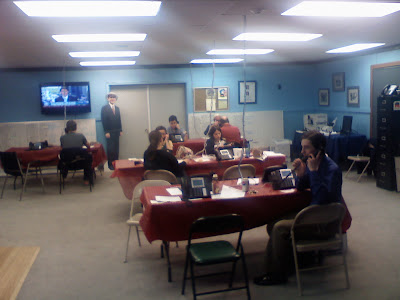 Among those making calls was Tim Burns‘s aunt, Melanie Cowan, who said she’s been there at least every other day for the past month: 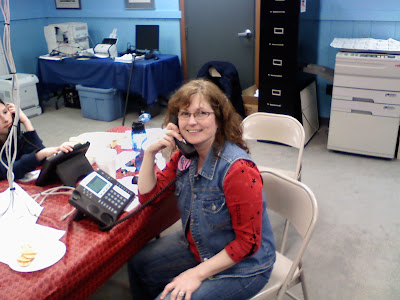 This coming weekend, according to Rupp, is “the most important weekend before November” for the U.S. House, and if you’re interested in making calls yourself, the Burns campaign has offices in Greensburg, Washington (PA), and Johnstown. You can make calls from home as well. as well.

Another One Bites the Gust: Winds of Change Bring a VP of 'Humanism, Equity and Antiracism' to an American Medical School
Alex Parker

Joe Manchin Is the Grim Reaper for Most of the Left's Agenda Items...And He Just Killed Another One
Townhall
Ana Navarro '[suspects] every Black woman and Latina' knows what she means when she says that Kyrsten Sinema's denim vest is racist
Twitchy
Trump Interjects Himself Into the Virginia Gubernatorial Race and Panic Follows
Redstate
Aging Hippies Ruin a Wedding Officiated by Sinema Because That's What Commies Do
PJ Media