As the tragic events of September 11, 2001 unfolded, Americans across the country became fully aware of what true evil was. For the first time ever, the comfort and security of our daily lives was interrupted by the reality that we are not immune to the same violence that plagues the rest of the world. In a split second, the images on our television screen let us know that we too can resemble a war torn third world nation in an instant. We too can forever lose our once held feeling of being untouchable, and bulletproof. Let us never forget that horrifying day, or the deep rooted feelings that were unearthed by it’s coming.

In the wake of 9/11 we were left with what I view as only one decision to make, and that decision was to go to war with Islam. Our then President, George W. Bush stood before us and vowed to do everything in his power to keep us safe. He vowed to use all resources available to him to track down those who were responsible, regardless of the impact it may have on him personally. For his efforts and his resolve, I salute him, and thank him.

Every year on this date, we are reminded of that tragic day, but on the 12th of September, most allow themselves to slip back into complacency. Not me. I think about our attackers everyday, and I do not feel that we should ever go back to “normal.” I feel that we should redefine what normal means, both to us, and to our future attackers. The new normal would call for the death of anyone even wishing to do us harm, not waiting for the actual act. Our new normal would call for the total destruction of any nation or people who choose to stand by our enemies in any way. The cowardice of the so-called peaceful Muslims of the world, only lumps them all together in my view. If they are so offended by the actions of radical Islamic terrorists, then it is up to them to put a stop to their actions. If they are not willing to make that sacrifice in order to preserve the integrity of the Muslim faith, then let all of Islam meet their fate at the hands of a pissed off United States.

Political correctness does not allow us to win the wars we find ourselves in. Political correctness does not allow us to protect ourselves from further attacks, and political correctness has exposed us as the once great, but now weak nation that has become evident to all. Memorial ceremony serves only as a noble gesture to the fallen, but also serves as an awards ceremony to the world of Muslim onlookers. If ethic cleansing is the ultimate goal of Islam, then I say that we grant them that wish by wiping the worlds butt, and cleansing it completely of any evidence of a Muslim existence.

A rose on a grave is not my style. Marking an event like 9/11 as being a day to remember is not good enough for me, or any other “real” American. The bleeding heart segment of our society would rather blame our country for the cost of these attacks, thus making any financial obligation to guarantee our security a waste of resources. Putting 9/11 on a shelf and forgetting about it just like any other historical event, frees the liberal mind, as well as the American purse strings. We have once again been put in the awkward position of trying to  secure victory by playing the fool in a game of political tug of war. When seeking revenge, victory, or closure, there is no room for compassion for the enemy. Kill them all to ensure that you have not left anyone out.

He who throws the first blow sets the rules in a fight, and the blow given to us cannot be found in any rule book in existence, therefore making our battle one free of any scrutiny. Anyone not with us in our fight to save our nation should find themselves among the dead.

September 11, 2001 marks the beginning of the separation of America. From that day on we have been made aware of the different stances being taken by the citizens of our own country, and the result does nothing to build confidence in believing that we are becoming stronger with time. When the people of this country made George Bush an evil man, and boosted Barack Obama to the heavens, America was defined. We were defined as a nation in transition, going from determined, proud, and not to be messed with, to a nation of cowards who are willing to surrender all in the name of not having to lift a finger for anyone but the lazy, the radical, and the un-American. We are no longer the big man on campus. We have been, through the actions of the far left,  reduced to the nerd with tape on his glasses, who’s only purpose in life is to rise every morning only to be tripped, slammed into the lockers, and ridiculed by the rich, snotty girls in his class. His tolerance of others is admired by some, but still the driving force behind his own suicide.

If we allow ourselves to settle for the liberal identity being assigned to us, then we may as well take down the “Stars and Stripes,” replacing it with a soiled white bed-sheet gladly donated by any liberal in sight. 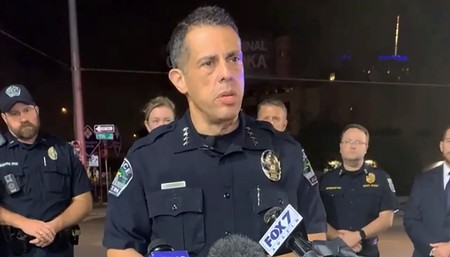