Time for Republicans to Copy Obamacare's Sleight of Hand

The CBO report stating that the Republican plan would cause 22 million fewer Americans to have health coverage has made many moderate Republicans uncomfortable with any meaningful change to Obamacare. Yet this gap can be virtually eliminated by directing legislation with an understanding of how these numbers are calculated.

The answer is the number of people counted as having insurance today includes people who receive Medicaid. 39 million people under 65 received Medicaid in 2008. By 2015 this number had grown to over 58 million. When a poorer American has large medical expenses they cannot pay, Medicaid pays for their medical treatments. Yet, this was true long before Obamacare. What changed with Obamacare? Two things: First, Obamacare expanded reimbursements to poorer Americans not just for large medical expenses but also small ones. Second, Obamacare prequalifies people to receive Medicaid coverage. Prior to Obamacare a poorer American would not typically be enrolled in Medicaid until AFTER they had a large medical expense. Since they were not enrolled in Medicaid, they were considered “uninsured”–even though should they suffer a large expense Medicaid would have provided coverage.

Here’s where the Obamacare sleight of hand comes in. By pre-qualifying poorer Americans into Medicaid, those same poor Americans who were counted as “uninsured” now magically became “insured” To state governments, prequalifying made no difference. A poor person suffering a large medical expense would become a burden to the state whether they were prequalified or not. But by prequalifying these people, they would count as “insured” rather than “uninsured”

Very clever. This is not to say that the expansion did not cost a significant amount of money. It did. But it was not for the large medical expenses–the states were already paying those expenses. It was the smaller medical expenses that created the burden to the states and why Obamacare promised to reimburse most of these expenses to encourage states to expand their coverage.

To combat this Republicans should use the Democrat’s own sleight of hand against them by taking two steps:

1) Offer substantial tax refunds of the payroll tax. Not a means based tax cut but an across the board tax cut. The only condition of the tax refund is that these funds be used before accepting any government Medicaid funds. A line of credit could also be created so poor households could afford larger expenses by applying the tax rebate over more years. This would allow the vast majority of people to pay for most of their small medical needs without government aid. In fact, the number of people under 65 receiving Medicaid payments would be reduced from 41 million households to fewer than 8 million. The reason for the large reduction is that the vast majority of medical expenses are small less than a few thousand dollars. This means 33 million American households would be freed from government provided health care . And because they are using their own money, they could choose the doctor of their choice rather being forced into the government run Medicaid system.

Many Republicans already support lowering payroll taxes. In fact, Ted Cruz actually proposed eliminating the payroll tax. By tying these tax rebates to the household being responsible for their own smaller medical expenses, the scale and scope of government intervention in healthcare can be drastically reduced.

Yet, by prequalifying these poorer Americans, they will count as “insured” rather than “uninsured” and the CBO numbers will virtually disappear. Republicans can deny Democrats the talking point of people “losing” coverage, deliver a large tax cut, and drastically reduce the number of people receiving government aid. It makes me smile thinking about how Nancy Pelosi’s permanent smile might turn to a frown as millions of Americans are freed from her centrally controlled scheme. 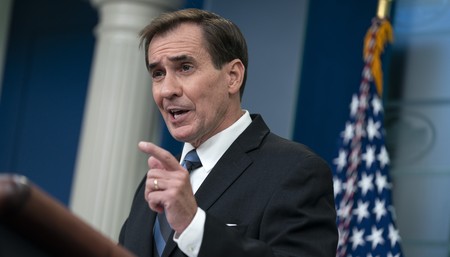