It’s fun to watch Ben Carson confound journalists and political pundits. He speaks quite clearly. The American people aren’t confused by his words at all. Each day more people hear and appreciate his common sense approach that challenges the progressive worldview of the main stream media.

A summary of his most recent clear thinking:

1. Faith. It matters, but the media only heard Dr. Carson say he wouldn’t advocate for a Muslim president. The American people heard him say if your faith conflicts with the U.S. Constitution you should not be president. Since most Muslims in the news want to destroy America through violence and imposing sharia law, a Muslim president is not a good idea. Pure common sense.

2. Women and children. Are fetuses human? Of course they are. The media only heard that Dr. Carson hates women. Dr. Carson repeatedly has said that unborn children are children, not just a mass of cells. He has operated on children in utero and those born prematurely, thus knows they are fully human. When asked about a mother faced with an unwanted pregnancy, Dr. Carson responded with ways to help her – without killing her unborn child. Again, common sense.

3. Right to bear arms. Should Americans defend themselves? Of course, but the press accuses Dr. Carson of insulting the shooting victims at Umpqua Community College. Dr. Carson suggested he would rally others to defend themselves against their attacker, even if he was killed in the attempt. That is a courageous choice, reminding one of the brave passengers of Flight 93 on 9/11. Defending ourselves might include a gun, but that is guaranteed by the Second Amendment. More, common sense.

4. National debt. Is America too deeply in debt? Of course it is. During a recent interview, the media didn’t get the answer they wanted so they accused Dr. Carson of being ignorant on the subject. We understood Dr. Carson say that Congress must stop repeatedly raising the debt ceiling. Dr. Carson focused on the immorality of our debt and the need to reverse that trend. Again, common sense.

5. Partisan press. The examples above show the main stream media has an agenda to promote progressive ideology and candidates. The press spins narratives, but rarely reveals the truth. Dr. Carson recently reminded the press that they are the only business protected by the U.S. Constitution because they are expected to provide the citizens with the truth, not partisan bias. Americans have grown tired of media deception.

Dr. Carson resonates with Americans because he articulates most Americans’ view of the world. The American worldview states that power resides with the people under the protection of the U.S. Constitution. Limited government equals maximum liberty. The American worldview is faith-based. It relies on Judeo-Christian values – faith in God, human equality, the sanctity of life, the blessings of liberty and pursuit of happiness. Dr. Carson’s positions aren’t right or left, Democratic or Republican – they are American.

Most main stream media, Democrats and some Republicans are Progressives. Progressivism is a Marxist (aka socialist, communist) worldview that gives power to the elite, making the people subservient to their goals and circumventing the U.S. Constitution. Maximum government equals limited freedom. Progressivism is a secular movement, often atheistic, that limits the influence of faith in public life, purging America of its greatest strength.

The Progressives oppose Dr. Carson. I’m with Dr. Carson and can’t wait to see what they throw at him next. 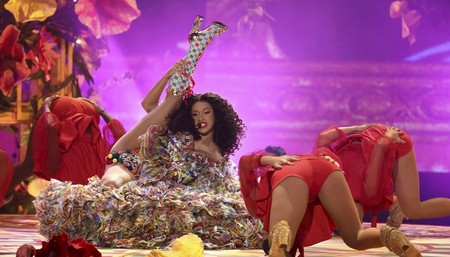