Good Grief Charlie Brown, We Have Not Even Won Yet and Compromise Is The Talk Of The Town!

It is amazing to me just how stupid the people are that we elect. We have seen this stupidity displayed time after time over the last year. Obama stood in the nations face and declared people deep down loved his health care bill even as polls showed only around 1 out of 3 liked it. His stupidity would not allow him to understand the people despised his plan and that they would make his party pay for passing it. We saw the stupidity displayed by the blue dog democrats coalition when they failed to understand the screams of the people and backtracked on their promises not to support the bill. But their real stupidity was shown when they stood in front of the nation and stated they only signed the bill after Obama promised them it would not pay for abortions.

So now we shift up to today. Most of us would expect the republicans to be a little above stupid. We would expect them to be able to understand the feelings of the voters considering they expressed our anger in their show of support for the many conservatives running to replace RINOS and the vile dems. We just did not expect them to show us that stupidity reigned in their lives as much as it does in the dems lives, but we were wrong.

Republicans on the campaign trail are bashing the president and his agenda and some are vowing to shut down Washington if they don’t get their way. Behind the scenes, key party members are talking a different game.

A number of House Republicans, including some who are likely to be in the leadership, are pushing a post-election strategy aimed at securing concrete legislation, with the goal of showing they can translate general principles into specific action.

Among the ideas is to bring a series of bills to the floor, as often as once a week, designed to cut spending in some way. Longer term, GOP leaders say they recognize they may have to compromise with Democrats in tackling broader problems.

Yep you heard it right, compromise with the dems and with Obama. Are the freakin nuts. (When I wrote that last line, it was one of the few times I wish crude language was allowed here as freakin just does not convey enough of my displeasure like the other word does.) What is it that they do not understand? Do they actually believe so many are angry in this country because the dems did not compromise? Or do they really believe that we are so pissed because we like compromise with the dems? What is they do not understand about why the people of this country are firing all these RINOS and dems. Do they not understand we are kicking their asses out because we will not stand by and watch the POS party kill our way of life and our freedoms. We did not fire the dems, vote so many conservatives in just to have our pansy representatives scoot over towards the dems and their agenda. We did what we did to make a point and that point is we run the country not them. We do not want the democrats plan nor do we want a bunch of wishy washy pansy republicans playing footsie with the democrats. That footsie game is what cost us the Congress in 2006.

Well the idiots in our party who will be the leaders of said party just yanked the football up as we were about to kick it. They have spat on all the hard work of so many people and proven once again, that they are incapable of reason, intelligent thought, and locating their balls. But this time it is different. They had better get that football back down in place real soon or we will simply add them to our hit list and fire them very soon. We will no longer walk off with a hung head as Charlie Brown always did, we will turn around and kick them in the teeth. I hope their stupidity is not too deep to understand that, but we will see won’t we! 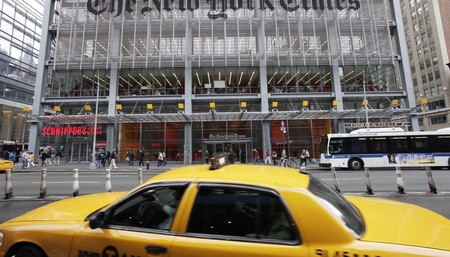