Last Night at Missouri Valley Wrestling’s MVWA 55:
CEO Jason Carmondy comes to the ring.  He thanks everyone for what has been a wonderful two year run.  Carmondy then makes this announcement:

“I am pleased to announce that Political Championship Wrestling has purchased the assets to Missouri Valley Wrestling.  The MVW title will become the PCW Women’s title once again.”

Suave confirms the announcement and the PCW Women’s title is going to return.  In the crowd tonight, is the reigning MVW, now PCW Women’s Champion, Callie Urban.

Suave expects both Democrats and Republicans to actively recruit Urban to their side.

Also on the docket tonight, PCW CEO Barack Obama (D) and Leader of the PCW Competition Committee John Boehner (R) will each give their thoughts about the PCW debt situation.

Two men come out and unroll a white carpet to the ring steps. Dancers then dance. Ballet dancers…ballet?  Little children walk up the white carpet and drop rose petals. Someone lets loose some pigeons…not sure just how they’ll get out of the building.  The crowd stands as PCW CEO Barack Obama appears.  Behind Obama walks Joe Biden.

Obama and Biden climb into the ring and join Suave.

Suave asks Obama where the talks stand.  “We’re left with a stalemate.”  Obama added that the country needs a renewed push for his “shared sacrifice” plan of increased taxes on the richer members of PCW.   Suave asked about Boehner’s plan.  Obama remains opposed to Boehner’s approach for “kicking the can down the road” in terms of setting the proper fiscal course.  “We need to find common ground, quickly.”

MATCH #1
Texas Jack (R) w/Rick Perry (R-TX) vs. ‘Bureaucrat’ Jordan Metzger (D)
…Metzger avoids a lariat and hits a nice spinebuster on Texas Jack for two.  Metzger goes for an inverted DDT but Texas Jack knees him in the head and rolls him up.  Back up, Metzger runs into a big boot in the corner.  Texas Jack applies a guillotine choke and Metzger submits.

Post match, Suave shouts out to Rick Perry and asks him if he’s running for PCW CEO.  Perry once again doesn’t answer the call.

BACKSTAGE
Both John Boehner (R) and Harry Reid (D) are sequestered inside a room, trying to work out a compromise on the PCW debt crisis.

Suave thinks we need a helluva prayer to get this done…

Glenn Beck Segment
Beck is in the ring to explain his recent comments on the radio about the Norway shootings.

Beck on the radio:
“As the thing started to unfold and there was a shooting at a political camp, which sounds a little like the Hitler Youth,” he said. “Who does a camp for kids that’s all about politics? Disturbing.“

Beck said he predicted that a event such as the shooting could take place last Fall.  Then… 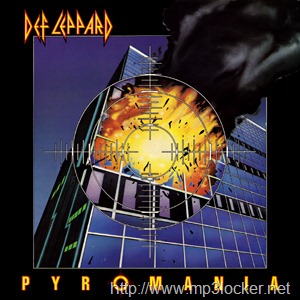 Def Leppard’s ‘Tear It Down’ begins.

You got the look of a howlin’ wolf
I like it
The kind of eyes that could start a fire
Yes, I like it

A streetwise dynamo
I switch you on and I watch you go
A thrill to touch, you’re so hot
I’m coming for you ready or not

Beck tries to escape.  The Extreme Equalizer pulls him back in the ring.  Then WTF delivers a powerbomb and flips him off.

New England Patriot owner Bob Kraft joins Suave at the broadcast table.  Suave asks him about the PCW debt crisis.  Kraft tells Boehner and Reid to get their act together.  If the NFL Owners and NFLPA can overcome their differences for the greater good, why can’t the Republicans and Democrats?

Tim Pawlenty Promo (R-MN)
Pawlenty terms Michele Bachmann’s CEO qualifications as ‘speech capabilities.’  Pawlenty touts his executive experience and scoring conservative victories while Bachmann just gave speeches and offered failed amendments to bills.   “She gets migraine headaches for Pete’s sake,” Pawlenty says.  He states that a CEO has to do the job every day, all the time, without fail.

Michele Bachmann Promo (R-MN)
Bachmann says that Pawlenty’s policy positions aren’t much different from Barack Obama’s.  “Executive experience is not an asset if it simply means bigger and more intrusive government,” she responds.  She accuses Pawlenty of leaving a multi-million dollar mess in Minnesota and supporting cap and trade policies.

Pawlenty is livid after the match and stalks his way to the back.

Leader of the PCW Competition Committee, John Boehner, walks out to discuss the PCW debt crisis…

“Before I served in PCW, I ran a small business in Ohio. I was amazed at how different PCW operated than every business in America. Where most American businesses make the hard choices to pay their bills and live within their means, in PCW more spending and more debt is business as usual.

“And over the last six months, we’ve done our best to convince Mr. Obama to partner with us to do something dramatic to change the fiscal trajectory of PCW. . .something that will boost confidence and help us get back on track.

Last week, we passed such a plan, and with bipartisan support. It’s called the ‘Cut, Cap, and Balance’ Act. It CUTS and CAPS spending and paves the way for a Balanced Budget Amendment to the Constitution, which we believe is the best way to stop spending money we don’t have. Before we even passed the bill, the CEO said he would veto it.

“I want you to know I made a sincere effort to work with Mr. Obama to identify a path forward that would implement the principles of Cut, Cap, & Balance in a manner that could secure bipartisan support and be signed into law. I gave it my all.”

Suave: “And meanwhile, the clock keeps ticking and ticking…

MAIN EVENT:
Charlie Blackwell (AmHeart) w/Kenzie Blackwell and his Les Miserables vs. Triple R (D) w/Big Labor
Another pier six brawl that goes all over the ECW Arena, much to the delight of the crowd.

Suave reminds everyone to tune in to PCW’s Politics is War this Thursday night on P-SPAN, the political channel

One of the Big Lies In the Kyle Rittenhouse Case
Townhall
Ana Navarro '[suspects] every Black woman and Latina' knows what she means when she says that Kyrsten Sinema's denim vest is racist
Twitchy
Ilhan Omar, Eric Swalwell Pick Nasty Fight With Ted Cruz, but Cruz Finishes It - and Them
Redstate
Braves Fans Rejoice as MLB Backpedals
PJ Media