I earlier wrote a diary about new House Republicans replacing House Democrats in 2010. My list projected a net increase of 51, and this would change the number of House Rs to 228 and House Ds to 207. Since that time my confidence has grown, and I believe it is now possible for House Rs to number 235 and House Ds to number 200. There is a growing sense of courage in the country that is stirring people to campaign and fight to win seats that had always seemed unlikely to them before. Incumbents have got a large amount of money compared to challengers, but that money they have is not deterring people any more. I use Stu Rothenberg as a reference for my 58 selections, but I am more optimistic than he is about the 58 D seats that are in play.

I included wins in five additional states, Missouri, North Dakota, South Carolina, South Dakota, and West Virginia. I included an extra seat pickup in Colorado and Illinois. I realize that some may have another individual to win in a GOP Primary than I picked, and it is not my intent to argue with you about that primary. I want, and I would hope, that you want a GOP candidate to win the General Election. I also did not include any new Rs replacing incumbent Rs, and I certainly suspect this will occur as well.
Photos of the seven from top left to bottom right include: Scott Tipton CO-3, Vickie Hartzler MO-4, Dick Green IL-10, Paul Schaffner ND, Mick Mulvaney SC-5, Blake Curd SD, and Dan Swisher WV-1 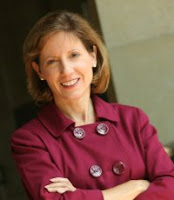 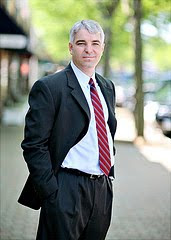 ICYMI: Another 'Indigenous' Person Was Exposed As a Total Fraud
Townhall
Dem Rep. Jayapal asks 'what part of Build Back Better are you most excited for?'
Twitchy
Dance With the Guy Who Brung Ya: Democrat Freak-out Begins Over 2022
Redstate
Whose Land Did Native Americans Steal Before Europeans Stole It From Them?
PJ Media