US History - What Is and Is Not Taught

One reason for studying history is to learn from it. The problem is that the history lesson we are being taught has a statist bias to it. While it is true that some industrialists took huge government dollars, erected shoddy enterprises, and ran them into the ground, there were also those who risked their own money, overcame strong foreign competition, and pushed American industries to become world leaders. History books are written that lump the political predators and innovative builders as one. The narrative that is written is:

Entrepreneurs cut costs and made many contributions to American economic growth, but they also marred political life by bribing politicians, forming pools, and misusing government funds, and engaging in risky stock speculation. Therefore, we needed the federal government to come in and regulate them.

This historical narrative does not help one to learn the right lessons from history. It gives people the foolish notion that increased involvement and increased regulations by the federal government is always the appropriate remedy to any economic problem.

One example of an appropriate federal government intrusion is the Supreme Court case of Gibbons v Ogden.
The New York legislature gave Robert Fulton the exclusive privilege of carrying all steamboat traffic in New York for thirty years. Gibbons, a New Jersey steamboat man, decided to challenge this arrangement and hired Cornelius Vanderbilt to run a steamboat from New Jersey to New York. For sixty days in 1817, Vanderbilt defied capture as he raced passengers from Elizabeth, New Jersey to New York City. In 1824 Chief Justice John Marshall ruled that only the federal government, not the states, could regulate interstate commerce.

The real value of removing the Fulton monopoly was that the costs of steamboating dropped. Passenger fares, for example, from Albany to New York City immediately dropped from seven to three dollars after Gibbons v Ogden. Fulton’s company couldn’t compete, and soon went bankrupt. Vanderbilt adopted new technology, cut costs, and earned $40,000 profit each year during the late 1820’s.

Cornelius Vanderbilt left Gibbons to start his own shipping business. He never got anymore Supreme Court decisions in his favor, but he continued to compete against others who were getting money from the US or British governments and best them in water travel and later railroad travel.

History books also do not teach, but in some cases make excuses for, the government intrusions that were not appropriate and caused more harm than good. For example, the history books describe that the transcontinental railroads building for companies like Union Pacific run by Jay Gould, and Northern Pacific, run by Henry Villard, were so costly and risky as to require lavish federal dollars. For the boondoggles and corruption that accompanied all this federal money largesse, they blame not the federal government for making the federal aid available, but the greedy railroad tycoons for receiving it. James J. Hill built the Great Northern transcontinental railroad without a cent of federal aid and without boondoggles and corruption, but the history books don’t point out this stark difference.

Another example is the way the Interstate Commerce Commission and Sherman anti-trust and Hepburn Acts were used not to hurt a political entrepreneur like Gould, or Villard, but instead to punish efficient market entrepreneurs like Hill and Rockefeller. The history books don’t mention the unintended consequences of loss of exports to Japan by punishing Hill. Hill had grown US exports to Japan from $7.7 million to $51.7, and then he mostly abandoned the Asian trade after the Hepburn Act became law in 1906. The history books don’t mention the international competition between John D. Rockefeller and the Russians for winning the largest share of the global oil market. This competition had been going on since 1885 when the Sherman Act ruling in 1911 forced the break-up of his company.

Construction began in 1917 on the new factory. The war delayed the building, but it was continued later. There was an overrun of several million dollars in post-war construction costs. By 1921, the plant was making armor at prices much higher than that of Bethlehem Steel, and the plant was shut down within a year to never run again.

I was able to obtain the history that is not taught from a book, The Myth of the Robber Barons, written by Burton Folsom, Jr. Some of you have listened to Glenn Beck talking about a lot of problems going back to the Wilson Presidency, but I think the human condition toward statism and elitism goes back much farther.

Adam Smith cautioned about this in his book, Wealth of Nations. It is just as applicable today.

The statesman who should attempt to direct private people in what manner they ought to employ their capitals, would not only load himself with a most unnecessary attention, but assume an authority which could safely be trusted, not only to no single person, but to no council or senate whatever, and which would nowhere be so dangerous as in the hands of a man who had folly and presumption enough to fancy himself fit to exercise it. 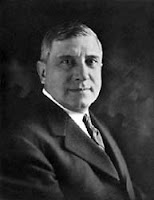 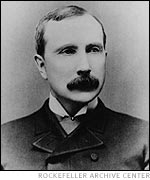 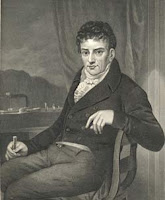 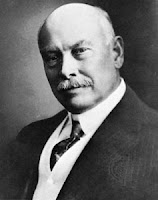