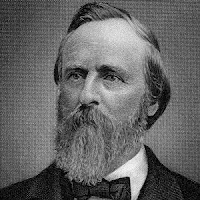 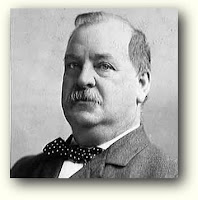 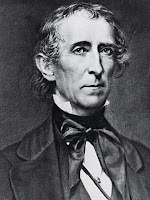 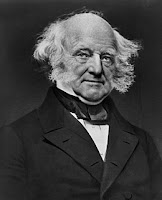 In Ivan Eland’s world, the sky is blue, the grass is green, and the US President images carved into Mount Rushmore are van Buren, Tyler, Hayes, and Cleveland.

The author wrote this book in 2009, and based his ranking of each President by the degree to which each one upheld the founders’ original concept of a restrained foreign policy and a limited federal government with an appropriately constrained executive. This sounds good, except the author has a Ron Paul view of a restrained foreign policy. Every war could have been avoided, and every attack on the US is because we did something to deserve it.

I completely reject this view, and believe that the principle of peace through strength is elementary and essential. Consider an elementary child who gets his lunch money taken from him by a bully. That child will not have any peace by avoiding the bully, nor does this child deserve to be attacked. The bully will have that child’s lunch money until the day comes that the child is stronger than that bully. Through strength peace will finally come.

I do not recommend this book, especially if you suffer from hypertension and believe in peace through strength. However, I do not regret reading an analysis of Presidents that uses different criteria than what historians have traditionally used. I also think some of these views resonate with some who are participating in Tea Party events. There are war protesters who also support a limited federal government and less spending and takeover by the federal government of car companies, banks, health insurance companies, etc. We can use their votes for electing folks who will shrink the federal government, and we can let them pound sand when it comes to providing a common defense of the US.

The author writes about some of the biases with how historians rank Presidents. He mentions the “effectiveness bias” where the political skill to get his policies implemented is considered. The problem the author has is that this factor does not take into account if the policies yield positive or negative consequences. The author has a similar problem with the “charisma bias” that how much charisma a president possessed should be a rating factor. The author rejects the idea that you can’t be a great President unless you are an activist presiding during a major national crisis.

The author grades each President assigning a number from 0 to 20 for how well he did in peace, prosperity, and liberty. In the introduction he writes that after he finished the rankings were surprising even to him. I think before he even started that any President who believed in peace through strength was going receive a bad grade. I actually agree for the most part with the grades he gave on the prosperity component. There were two Presidents that received a 0 on this component, FDR and LBJ. That seems about right to me.

I created a table of the 16 US Presidents who were reelected, because I do have this bias that getting reelected is a key to how good of a job a President is doing. Compare different rankings for 16 of 40 Presidents from the conservative Federalist/Wall St Journal, the more liberal Siena Research Institute, and the author. The first number in each column is the rank and the second number in the Ivan Eland column is the Prosperity score.

Justice Kavanaugh Just Boiled the Abortion Debate Down to Its Most Fundamental Core
Townhall
Dem Rep. Jamie Raskin reminds us that SCOTUS was 'handpicked and gerrymandered by theocrats and autocrats' and people have questions
Twitchy
SCOTUS Oral Arguments: Signs Point to Roe v. Wade Being Nuked
Redstate
Monty Python Is the Nostradamus of Our Ridiculous Woke Times
PJ Media