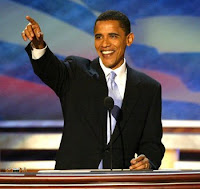 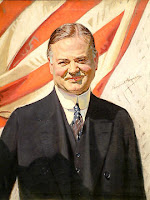 March 4, 1929: Herbert C. Hoover became President of the United States. Herbert Hoover was from the Teddy Roosevelt wing of the Republican Party, and the leader of the “Efficiency Movement.” The Efficiency Movement was a major dimension of the Progressive Era in the United States. It flourished 1890-1932. Adherents argued that all aspects of the economy, society and government were riddled with waste and inefficiency. Everything would be better if experts identified the problems and fixed them. Does any of this sound remotely familiar to you?

1. The Smoot–Hawley Tariff Act was an act that raised U.S. tariffs on over 20,000 imported goods to record levels. The ensuing retaliatory tariffs by U.S. trading partners reduced American exports and imports by more than half and according to some views may have contributed to the severity of the Great Depression.

The House passed a version of the act in May 1929, increasing tariffs on agricultural and industrial goods alike. As it passed the House of Representatives in May 1929, boycotts broke out and foreign governments moved to increase rates against American products, even though rates could be increased or decreased by the Senate or by the conference committee. By September 1929, Hoover’s administration had received protest notes from 23 trading partners, but threats of retaliatory actions were ignored. October 29, 1929: Wall Street Crash of 1929: Three multi-digit percentage drops wipe out more than $30 billion from the New York Stock Exchange (10 times greater than the annual budget of the federal government).

2. Under the administration of Herbert Hoover, the Agriculture Marketing Act of 1929 established the Federal Farm Board with a revolving fund of half a billion dollars. The original act was sponsored by Hoover in an attempt to stop the downward spiral of crop prices by seeking to buy, sell and store agricultural surpluses or by generously lending money to farm organizations. The Act was not beneficial; as the inflation ran deeper than the value of the money, it started sinking and the losses of the farmers were getting bigger and bigger.

The Act was the precursor to the Agricultural Adjustment Act.

3. The Reapportionment Act of 1929 (ch. 28, 46 Stat. 21, 2 U.S.C. § 2a, enacted June 18, 1929) was a combined census and reapportionment bill passed by the United States Congress that established a permanent method for apportioning a constant 435 seats in the U.S. House of Representatives according to each census. The bill neither repealed nor restated the requirements of the previous apportionment acts that districts be contiguous, compact, and equally populated. Thus the size and population requirements, last stated in the Apportionment Act of 1911, expired immediately with the enactment of the subsequent Apportionment Act.

A reapportionment in 1921 in the traditional fashion would have increased the size of the House to 483 seats, but many members would have lost their seats due to the population shifts. The Reapportionment act of 1929 did away with any mention of districts at all. This provided a solution to the problem of threatened incumbents by allowing the political parties in control of the state legislatures to draw districting lines at will and to elect some or all representatives at large.

The Smoot-Hawley tariff ended in the 1940’s with the General Agreement on Tariffs and Trade (GATT) coming in the 1950’s.

The Agriculture Marketing Act became the Agricultural Adjustment Act under FDR. The farmers were paid subsidies by the federal government for letting a portion of their fields lay fallow. The money for these subsidies was generated through an exclusive tax on companies who processed farm products. The Supreme Court declared the Act unconstitutional in 1936 for levying this tax on the processors only to have it paid back to the farmers. Regulation of agriculture was deemed a state power. Farm subsidies are still being paid out.

The Reapportionment Act of 1929 is an incumbent protection act in much the same way as the McCain-Feingold Act of 2002. The difference is that this Act has never been challenged in court. You can learn a lot of history at the website thirty-thousand.org

Established in 2004, thirty-thousand.org is a non-partisan and non-profit organization which conducts research on, and educates the public about, the degradation of representative democracy in the United States resulting from Congress’ longstanding practice of constricting the number of Representatives relative to the total population.

Contrary to popular belief, the Bill of Rights document drafted in 1789 contains twelve articles of amendment. Article the second was not ratified until 200 years later as the 27th Amendment which finally limited Congress’ ability to increase its own compensation. However, Article the first the very first amendment proposed in the Bill of Rights was never ratified. Article the first would have required there be at least one Representative for every 50,000 people at larger population levels. The Senate’s version required one Representative for every 60,000.

Our Constitution does not prescribe such a minimum (other than one Representative per state); referring to this omission, James Madison stated that he had “always thought this part of the constitution defective.” He also believed that an amendment establishing a minimum number of Representatives — in proportion to the total population — was necessary “to secure the great objects of representation.”

In the absence of such an amendment there is nothing to prevent Congress from permanently freezing the number of Representatives or even making the House much smaller than it is now. “It is clear from the historical record that a majority of the framers of the Constitution and the Bill of Rights wished to prevent the establishment of an oligarchy in our House of Representatives.

I support this amendment. Of all the things I have written diaries about recently this most definitely would be the most difficult thing to get done. There is a long list of powerful institutional forces that will oppose this amendment: multinational corporations, most industry trade groups, labor unions, the Republican Party, the Democrat Party, the House of Representatives, the Senate, the federal executive branch and last, but not least, most foreign governments. These disparate forces, which normally do not collaborate with one another, will be united in defending the oligarchy in the federal House of Representatives.

In one respect I hope and pray that history does not repeat itself in 2012 like 1932. I do not want a new Republican President to continue any policy of the current administration the way that FDR continued Hoover’s progressive policies. I would like to see history repeat itself in 2010 like the 1930 midterms. In the House the majority party became the minority losing 53 seats. In the Senate the minority picked up 9 seats to tie with 48 the majority who still had the President of the Senate as the one vote majority.

Greg Gutfeld Savages Libs Who Took His Joke from 'The Five' Way Too Hard
Townhall
USA Today's spin on Biden's explanation of how he caught a cold is sure to earn some DNC brownie points
Twitchy
Dr. Fauci Lashes out After Getting His Feelings Hurt by Fox News
Redstate
40 Years Ago, Monty Python Predicted (and Mocked) Wokeness
PJ Media