The narrative by the leftists is that free market capitalism failed to work to keep the global economy from wrecking. Rep. Barney Frank loudly declared,

the private sector got us into this mess, and the government has to get us out of it.

According to this view, deregulation of the banking industry had encouraged the rise of “predatory lenders” who had pushed home loans on people who couldn’t afford them. Those loans were then sold to unscrupulous Wall Street financiers, who repackaged them in the form of mortgage-backed securities. The securities were sold in turn to mutual funds, pension funds, and various foreign investors. But their value was grossly overstated and ultimately rested on the faulty assumption that housing prices would keep rising indefinitely.

The author investigated and discovered some facts that are ignored by the leftists. Let’s call them inconvenient facts.

1. The banking sector is the most regulated industry in the United States

2. America has not experienced massive deregulation over the past decade. The Bush administration saw new regulations added to the Federal register at the rate of a thousand pages a year.

3. The federal government did not fail to “police” capitalism. In fact the opposite is true. The real culprit is not the market but a socialist distortion of the free market created by the government. Under pressure from liberal activists, the federal government created a series of “protected” markets that were “too big to fail.”

This didn’t happen overnight. It was a massive social engineering project, a grand generational enterprise, thirty years in the making, carried out by an ad hoc alliance of radical activists, labor unions, politicians, federal bureaucrats, and Wall Street financial titans who sought to make owning a home a civil right.

The alliance came about in overlapping stages. The first stage are the radical activists. They would have remained a fringe phenomena had it not been for strong support from liberal politicians in the second stage. The final stage occurred when liberal baby boomers had risen to the top on Wall Street. These new Wall Street bankers believed they could do good and do well by extending credit to poor folks wanting to own homes via new forms of creative finance while at the same time racking up enormous fees and bonuses.

In the introduction the author explains that the purpose of writing this book is to get conservatives to challenge the political fairy tale that the cause of the collapse was unregulated free-market capitalism. Another purpose of this book is to warn conservatives to be on guard against the leftists’ urge to meddle in the economic system, using the power of the state to distort markets in order to advance their goals.

One thing I noticed from reading this book is that a lot of these leftists came from Chicago or nearby. It makes me wonder if there is a lingering effect of Al Capone they have been infected with. I have some quotes from some of these Chicagoans. I also have photos of nine Chicagoans who have had a great impact on the social engineering so you can see what these radicals look like as well as what they speak.

The godfather and patron saint of the radical activists is Saul Alinsky. A famous story about Alinsky has him asking a group of students why they wanted to be community activists. When they offered platitudes about helping others he quickly stopped them with a raised hand.

You want to organize for power!

he screamed at them. He also grasped the value of never letting a crisis go to waste.

Any revolutionary change must be preceded by a passive, affirmative, non-challenging attitude toward change among the mass of people. They must feel so frustrated, so defeated, so lost, so futureless in the prevailing system that they are willing to let go of the past and change the future. This acceptance is the reformation essential to any revolution.

I feel confident that I could persuade a millionaire on a Friday to subsidize a revolution for Saturday out of which he would make a huge profit on Sunday even though he would be executed on Monday.

A couple of Alinsky disciples are Gale Cincotta and Shel Trapp. They founded National People’s Action (NPA) and its associated National Training and Information Center (NTIC) in 1972. Gales warcry was

Jesse Jackson married his patented techniques of racial blackmail with Alinsky’s confrontational methods on Chicago’s South Side. Jesse launched Operation PUSH, and in 1971 he wrote to the UN asking for donations for his organization. UN funds were not forthcoming.

In the mid-1980s a young college graduate, Barack Obama went to the NTIC to learn the essentials of community organizing. The sessions were held on Chicago’s South Side, and run by Shel Trapp. Obama would spend four years heading up the Developing Communities Project.

Obama embraced the activist agenda of shaking down banks and forged a close relationship with ACORN. One of his allies was Madeline Talbott, an organizer who was leading the ACORN campaign against Chicago banks. when he ran for the illinois State Senate in 1995, he explained that his goal was to “stand politics on its head.” Talbott called him a “kindred spirit.”

Hillary Rodham was an admirer and believer in Saul Alinsky. In her senior year in college she wrote a thesis which included this Alinsky quote

In order to organize, you must first polarize. People think of controversy as negative; they think consensus is better. But to organize you need a Bull Connor.

She married Bill Clinton, the 42nd US President, and they brought into the White House additional support for the radical activist.

Deval Patrick became the civil rights chief in the Clinton Justice Department. Patrick had grown up poor in Chicago and claimed to see rampant racism all around him. At his swearing in he promised no less than to “reclaim the American conscience.” He mentioned banks in particular, noting that he felt “a personal commitment” to fair lending.

Patrick also had a personal commitment to his own financial well-being. While at Justice, he handled cases against Texaco, Coca-Cola, and Ameriquest on the ground that they engaged in racial discrimination. Shortly after leaving Justice, he would mysteriously be hired by all three to help them with their civil rights problems.

Rahm Emanuel served as Bill Clinton’s political director, and the Clinton appointed him to the Freddie Mac board in 2000. He served for fourteen months, attended just seven board meetings, and sat on no committees. Emanuel’s primary contribution was explaining to others on the board how to play the levers of power. In exchange he received more than $320,000 in compensation.

This book gives very detailed investigative information about the overlap that has been going on for a while between the radical activists, politicians, and Wall Street bankers. There are obviously several bad actors who hail from somewhere other than Chicago. I think they are all kindred spirits who hide the truth about Alinski’s voice reverberating in their heads…

You want to organize for power! 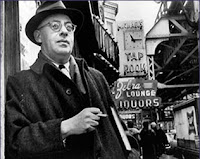 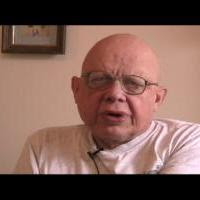 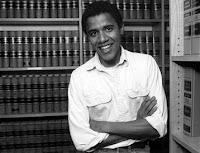 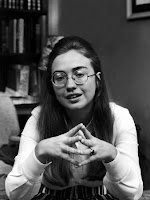 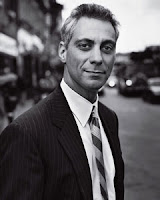