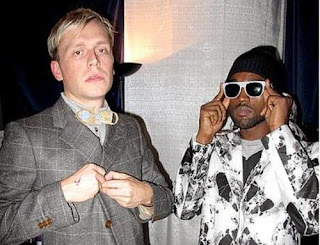 Barack’s America is a land in which women would be forced into having abortions, conservatives would sit at segregated lunch counters, rogue police could break down conservative talk-radio hosts’ doors in raids, schoolchildren could not be taught about American exceptionalism, conservative writers and artists would be censored at the whim of government, and the doors of the federal courts would be shut on the fingers of millions of conservatives citizens for whom the judiciary is often the only protector of the individual rights that are the heart of our democracy.

The recent action of Dave Checketts to drop Rush from a group seeking to buy the St. Louis Rams angers and saddens me. I do not see this action as any violation of rights, but rather a misguided business decision. This reflects on our society and culture with respect to how ALL authentic conservatives, not just Rush are being characterized and treated.

A business decision can be sound or a failure. The coming weeks of NFL football game attendance and TV audience size will tell us if it is a sound business decision to disrespect football fans who are also conservative or not. I really don’t know from a business perspective what the outcome will be.

This nation, from the beginning, has been divisive in nature. At first there was a divide between loyalists and patriots. The patriots won. After this victory the nation grew in size, strength, and wealth for about 130 years. Then some ideas from Europe began showing up in America. Teachers, artists, writers, and newspaper columnists started asserting the ideas of the nation’s Founding Fathers are just old-fashioned and no longer apply in modern times. Americans have slowly accepted these assertions in a fashion that Robert Bork lays out in his book, Slouching Toward Gomorrah. In Barack’s America the slouch has turned into a sprint.

Rush’s brother David wrote an excellent column today, This isn’t about Rush, that I encourage everyone to read. The only part I disagreed with David is when he writes that a smidgen of our outrage should be for those lukewarm conservatives who contribute to the destruction of race relations and advancement of liberal causes by pandering to false characterizations of authentic conservatives. My disagreement is that I think the outrage should be more than just a smidgen.

Rush is not afraid to stand up to the people Ken Hutcherson calls poverty pimps who are nothing but slave sliders and pushers to get their way. To be afraid and pander would be a racist condescension that is just not Rush. I especially liked this comment by Hutch on Rush’s Thursday radio program:

How in the world can the NFL — and I’m going to tell you something else, brother, straight from me, who played football. Those African-American brothers who talk about they wouldn’t play? That is the biggest lie on this side of the universe. Not only would their wives get on them and make ’em go — and their girlfriends, and their moms; they would beat ’em all the way to the 50 yard line and tell them, “You better get out there and get that game check.” And why don’t they talk to the hundreds of African-American players that would be excited about you owning a team?

It’s just sad that there are not people like Hutch running the NFL in Barack’s America.