A Loyalist Or A Patriot 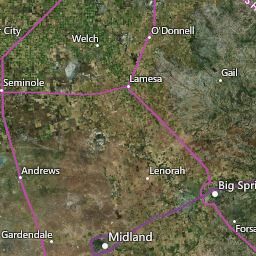 This Hoosier has packed up after 57 years of living at the crossroads of America. Thirty-six of those fifty-seven years involved working in the belly of the beast as a state government employee. Now this transplanted Texan residing in the Permian Basin region can get back to writing about this sweet land of liberty that he has always been proud of.


So while my writing was put on hold, my brain continued to collect my thoughts about what is going on. I discarded the meme that America is divided in the same way as it was in 1860. This is not a north vs south regional conflict. This is not quite a conflict between sympathizers to the national government vs sympathizers to state governments because there is some degree of dissatisfaction with all levels of government. What we have now most closely resembles the American Revolution era.


During the American Revolution in the colonies of New England, as well as in the southern plantation colonies and mid-Atlantic colonies, you were either a loyalist or you were a patriot. If you were a loyalist then you were a loyal subject to his majesty King George III. Knowing that his majesty commanded a force to protect you as long as you obeyed him was all the comfort you needed. You were willing to serve and obey the king, and feel protected and cared for in return from him.


If you were a patriot, the life, liberty, and the pursuit of happiness that God had endowed you with were cherished more than anything any ruler on earth could offer. You would rather die than live under any tyranny that oppressed your God-given rights.


Fast-forward 233 years to the present day, and many of the same issues exist. They are packaged and presented differently, but it is basically the same content. Whether it is a king or a political party elected into office, the desire to hold on to and grab as much power as they can over each individual is the plan. Each individual has to choose between liberty and their divine rights by God, or being provided for by the state. This choice goes a lot deeper than political party affiliation. One can find politicians in both parties who love to hold on to and grab more power by promising goodies provided for you by the state. However, I do think the Republican Party represents the best opportunity for people who cherish their liberty and divine rights by God to take over the control and the leadership positions.


I have chosen to be a patriot instead of a loyalist, and I have also discovered in Texas I am not alone. There is so much less regulation by state and local government in Texas. I’m used to living under laws and regulations written to restrict and limit the distribution of utilities, cable TV, insurance, and beer. For example, here in Texas I had a choice between around one hundred different electric utility providers. I love it!


People I have met so far have been very helpful with tips about where to buy, and what to watch out for. I think this word of mouth process in the market place is a much better deal than the government getting its nose into my personal business. The only personal negative I have heard anyone say about President Obama is that they are annoyed by seeing his face every night on their TV set.


The motto down here is “Don’t mess with Texas.” This motto is a way of saying “We love now and always this sweet land of liberty, so please do not meddle into our lives.” As a tranplanted Texan I sincerely and whole-heartedly endorse this motto.