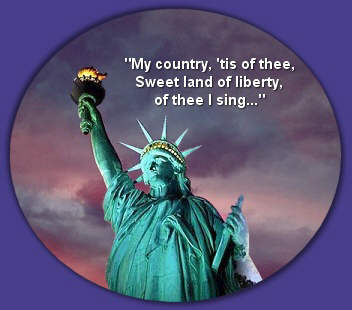 It is really coming down to the wire whether or not the House is going to pass a health care bill before the August recess. The Republicans are not plentiful enough to be an issue for Speaker Pelosi to even take into consideration. They only need 218 votes in the House to pass a bill, and there are 257 member in the Democratic Party House caucus. The only problem Speaker Pelosi has is if 40 Ds will vote with the 178 Rs. If that happens then she loses.

I actually agree, surprisingly enough, with those who assert that there has been a lot of time spent debating on this issue. There have been debates on this issue since the time of FDR and HST to the present. The framing of the narrative of what are the choices and what are the opposing views should be more clearly spelled out. This fight is essentially coming down to the question of whether or not our elected members of Congress are going to Let Freedom Ring.

This issue of health care legislation comes down to answering the question of containing the costs of providing health care. Obama and his minions would have you believe that the only way to contain the costs is to have a strong central government plan to put the maximum set of detailed and specific restrictions and mandates on the medical services that USA residents may receive. This plan will include punitive measures toward any physician or hospital that attempts to profit by attending to people outside of the rules and mandates that they impose. This path eventually leads to services that are scarce, and by law are illegal to buy outside of their rules at any price. This is a plan that takes freedom away from each individual US resident.

Now the supporters of Obama argue that under the status quo people are losing freedom to be provided health care from the rules in place by health insurance companies and hospitals and physicians affiliated with them. The flaw in this argument is that while it can be expensive and difficult today for some people to receive health care it is not illegal.

There is another way to have health care legislation that answers the question of containing the costs of providing health care and let freedom ring. There are four essential freedoms that US residents and health care providers need.

The way to do this is to allow a competitive free market of medical service providers the freedom to create their own products for providing medical services that are not restricted by a particular State’s set of coverage mandates. Instead there should general guidelines that are the same in every State. Then the residents in every State can have the freedom to choose the product that is the most worthwhile for their family’s needs. This way the large company has got to compete with the small company on the merits of the product they sell instead of eliminating the smaller competitor with unfair regulatory laws. The profit motive in this system makes it worthwhile for each company to strive to provide a service people find worthwhile to purchase. This path eventually leads to services that are cheaper and in abundance.

There also needs to be some clarity in the debates in describing how health care services are delivered, and what is the purpose of health insurance. Health insurance does not, and was never intended to insure you will have wellness and good health. The major function of a health insurance plan is to help you to pay the medical expenses in the event of a catastrophic and expensive medical procedure. In this respect it is the same as car insurance. One major difference, however, is that you can purchase any car insurance plan no matter where you live.

For there to be any important health insurance legislation passed and signed into law our elected officials are going to need the courage to rebuke and ignore influential and powerful special interest groups who have skin in the game. These special interest groups include trial lawyers, unions, political parties, large health insurance companies, and large pharmaceutical industries. I am for health care reform legislation as long as it is designed with one major requirement – Let Freedom Ring!
Cross-posted at The Minority Report