Those Violators of Fair Competition 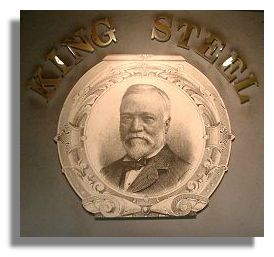 I just finished reading New Deal or Raw Deal? written by Burton Folsom, Jr. So much of what he writes about is so applicable to the current Obama administration plans with respect to the economy. He asks the question why would they be so eager to manipulate the market for higher wages and and prices without an increase in production? He answered that they believed that artificially higher wages meant greater purchasing power. If people earned more they could buy more, and that would stimulate industrial and economic recovery. In this “high wage” theory, the efficient businessman, the innovator, and the price cutter are evil because they are believed to be violators of ‘fair competition.’ His gain was not just the loss of his competitors, but of the whole country. By creating codes of ‘fair competition’, we’re giving all existing businesses a chance to make profits, to pay high wages, and to survive those evil efficient businessmen, innovators, and price cutters. The good intentions are to put people back to work at a decent wage to let them buy more products.


All of these good intentions have very bad consequences that even an economist like John Maynard Keynes could see. By carving up markets among existing producers and by fixing prices and wages assumes all industry is stagnant and unchanging. Almost no industry fits this model.


When Andrew Carnegie founded Carnegie Steel in 1872, he was the smallest producer in America–and England far outsold the US in the world steel market. Carnegie cut costs by using the Bessemer process and open-hearth method of making steel; he innovated in accounting with double-entry bookkeeping. Unlike his competitors, if Carnegie found a cheaper way to make rails, he would rip out a factory and rebuild the improved version immediately. Andrew Carnegie is just one evil dude, a violator of ‘fair competition.’ As a result, in 1900 Carnegie was the largest steel producer in the US and larger than all the major steel producers in England put together. By this time he could make steel rails that had cost $56 a ton in 1872 for only $11.50 a ton.


Cheaper steel meant cheaper cars, and Henry Ford took advantage of that. He took the cheaper steel, and innovated an assembly line making Model Ts. Just another evil dude, a violator of ‘fair competition.’ By 1920 he had captured over one-half of the American car market and had cut cost of a car from $3,000 to $300.


The dynamic and changing instead of stagnant and unchanging nature of steel and car industries shows three things.
1. Competition is necessary for new and cheaper products to appear on the market.
2. Competition is a sensible way to arrive at prices and wages.
3. Many established big businessmen want to avoid competition–to them ‘fair competition’ is letting them set prices, wages, hours of work, and market share.


If codes of creating ‘fair competition’ had been in place in 1900 we would have had higher priced steel, no assembly line, and a small car market with few Americans rich enough to buy expensive cars. The makers of carriages and buggy whips would have been delighted. The street cleaners in NYC who cleaned 1.3 million pounds of horse manure daily all would have had protected jobs. I just don’t personally believe the US could have been such a great country if it were not for those violators of ‘fair competition’ like Andrew Carnegie and Henry Ford.
Cross-posted at The Minority Report

'Beam Me Up, Scotty': William Shatner to Actually Go Into Space
Nick Arama

The White House Is 'A Little Tired' of People Pointing Out Biden's Border Crisis
Townhall
Jake Tapper reminds viewers that 'missing persons of color often don't garner the same attention as missing white people'
Twitchy
Hillary Clinton Finally Has 'Inauguration,' But Gets Heckled in the Process
Redstate
It Gets Worse: Look Who Worked Together to Frame Donald Trump With Fake Russia Hoax
PJ Media