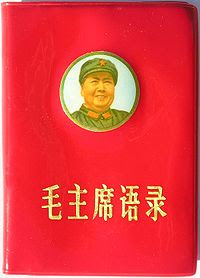 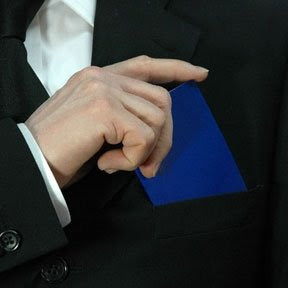 There are some recent developments this month that really creep me out, and they do not receive the attention and scrutiny they deserve. One has to do with a new product, Pocket Obama, that is being sold at The History Company. When I first read this I thought it was some kind of cruel joke. Here is an excerpt –

Printed in a size that easily fits into pocket or purse, this book is an anthology of quotations borrowed from Barack Obama’s speeches and writings. It is an unofficial requirement for every citizen to own, to read, and to carry this book at all times.


What is really creepy is how close the sales pitch for “Pocket Obama” matches these words about Quotations from Chairman Mao. Here is an excerpt –

As its title implies, it is a collection of quotations excerpted from Mao Zedong’s past speeches and publications. The book’s phenomenal popularity may be due to the fact that it was essentially an unofficial requirement for every Chinese citizen to own, to read, and to carry it at all times…


The second troubling development is the announcement that Obama sets up national network to help policy agenda. An excerpt from this LA Times news story –

Organizing for America, the new group, will be a tool to press for policy. It reportedly will have an annual budget of $75 million, making it an unprecedented standing political army for a president.


There is absolutely no truth to any rumor that this new unprecedented standing political army will be issued brown shirts with black armbands. Perhaps the shirts they will be wearing are going to be royal blue.

Blogger Ken Robinson at the Signs of the Times website suggests an optimistic possibility for Organizing for America.

On one hand, he could utilize the technology to organize and encourage Americans to simply push the Obama agenda. This could prove to be a little Orwellian. Many ultra conservatives such as Sean Hannity and Rush Limbaugh have characterized Obama supporters as blindly following any edicts handed down by the Obama camp, and this new initiative won’t silence any arguments to the contrary.

Another avenue, which might seem more in line with the tone Obama’s press office has sought to portray is one of education and involvement. This would necessarily involve a two-way flow of information. Not only would information be sent by the Obama administration, but it would require individuals to organize, debate and funnel information back up the governmental chain.


When I envision a blue shirt Organizing for America member reaching into his pocket for his Pocket Obama copy when he encounters me I don’t get the impression of a two-way flow of information about to take place.