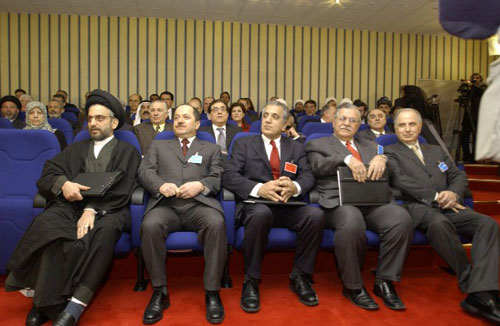 I just caught this news article in Reuters today, VP choice Biden unpopular in Iraq for autonomy plan. Just because you are well known around the world does not mean that you are well-liked.Here is an excerpt from the article:

Senator Joe Biden may be one of the only U.S. politicians that can get Iraq’s feuding Sunni, Shi’ite and Kurdish politicians to agree. But not in a good way.

Across racial and religious boundaries, Iraqi politicians on Saturday bemoaned Democratic presidential contender Barack Obama’s choice of running mate, known in Iraq as the author of a 2006 plan to divide the country into ethnic and sectarian enclaves.

“The original ‘Biden plan’ seems less relevant in Iraq today than at any point,” said Reidar Visser, a Norwegian academic and editor of the Iraq-focused website historiae.org. “The trend in parliament is clearly in a more national direction, with political parties coming together across sectarian divides.

“In other words, there is a very strong Iraqi mobilization against precisely the core elements of the Biden plan, and it would be extremely unwise of the Democratic Party to make Biden’s ideas the centerpiece of their Iraq strategy,” he added.

“His project was the reason behind the unity of many political blocs that once differed in viewpoints,” he said, comparing it to the Balfour Declaration, a 1917 British note that backed the creation of Israel and is regarded across the Arab world as the ultimate colonial injustice.

“Such a person, if he would assume the vice-presidency post, would not serve to improve Iraq-USA relations.”

A H/T to TigerHawk for directing me to the Reuter’s link in this blog spells out the problem the left is going to have a hard time explaining to fellow lefties:

If you believe that the invasion of Iraq has hurt the “soft power” of the United States because it smacks of imperialism (not my view, but an opinion of wide currency on the left), then you have to explain why an American project to draw internal borders within Iraq would not be even more imperialistic (see, e.g., similar such line-drawing exercises by Europeans in 1919, among other years).

I would add that Joe Biden got the idea for partitioning Iraq from the split up that was made in the Balkans. Now the Russians are using that redrawing of boundaries that occurred in the Balkans as a justification for their invasion of Georgia. Basically Russia is saying that if the West can redraw boundaries then so can we. I strongly disagree with Russia’s actions, and I think in the long term it is going to cost them in getting investors and selling products to countries they would just as soon bomb.

The conventional wisdom is that Obama shored up his lack of foreign policy experience by choosing Biden for VP. The problem with this being known around the world can also work against you if around the world they know you as somebody they strongly disagree with.