It’s been nine years since radical Islamics, in the name if Allah, murdered over 3000 people in the World Trade Center, Pentagon and a small Pennsylvania field. The murderers died with the name of Allah on their lips knowing that they were striking a blow for their god in an ongoing war. They see no American as innocent or worthy of being spared as they perpetrate a war of terror. They cannot be reasoned with. They will not stop until the entire world is subject to Sharia law.

Many of the people who died that day were trying to save the victims of the attack. Those men disregarded the risk to their own lives to save others and, for that, they paid the ultimate price. They were the quintessential Americans. They didn’t wait for someone else to help; they charged the inferno to save those in need. They lived the impossible dream. They were willing to march into Hell for a Heavenly cause.

They have been called heroes but they held a title that holds just as much honor. They were Firemen. 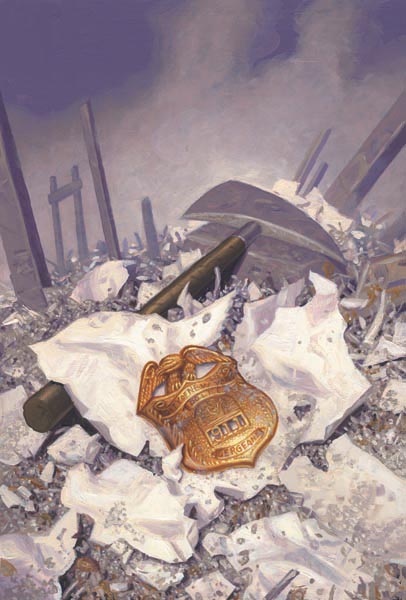 We will not forget the sacrifice they made that day. These paintings by the Brothers Hildebrandt are two of my favorites commemorating that day. 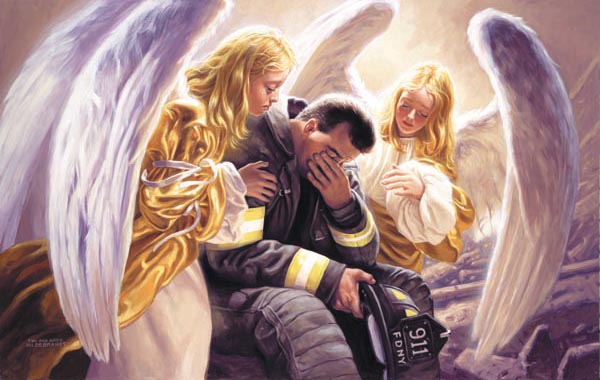 Last year, Allahpundit shared his memories of that day on twitter. His account is one of the touching that I have read. This account was read today as part of a 9/11 memorial at a GOP BBQ this afternoon. It’s a reminder that it was not only the murdered or their friends and family who suffered.

Over at Ace of Spades, Genghis has posted a series of videos of CNN’s live coverage of that morning.

We will not forget.