The Obama Plan to Reduce the Deficit

According to Charles Krauthammer, Obama plans to reduce the national deficit through entitlement reform. He plans to reform Social Security, Medicare, and Medicaid by making them more progressive. In other words, the wealthy will get lower social security and Medicare benefits when they retire. I do not have a problem with this per se, but I am worried about a few things. First, I am concerned that the Obama administration will go too far with its war on the wealthy. Excessive taxing of the wealthy leads to mediocrity and can cripple the economy. Second, I have witnessed the incompetence of Medicare first hand when my father got ill. Cutting Medicare expenditures will surely lead to even shoddier care in our old age. Remember, the best doctors avoid having to deal with the bureaucracy and low wages associated with Medicare. These are the trade offs to make sure all Americans have Obama’s plan for health coverage. Third, the administration will move up the age to qualify for social security. This sounds great, but it is yet another policy to further diminish the American Dream. Besides, Americans remaining in the workforce for a longer time means that our economy must generate more jobs to maintain employment figures. There is no doubt that we need entitlement reform because it counts for over one half of our nation budget. With the baby boomer starting to retire this will strain the national budget further. I find it hard to believe that Obama can offset his universal health coverage costs by other entitlement cuts, but we will see. One entitlement program oddly omitted from the reform plan is welfare. Welfare is one program that is failing the poor around this country and it should at least be changed to workfare.

Another plan that the Obama Administration plans to use to cut the deficit is to crackdown on tax havens. Many savvy investors and corporations can legally “hide” income from being taxed by placing their holdings in banks in any one of a number of foreign countries such as Switzerland, Liechtenstein, the Cayman Islands, and so forth. Criminals such as drug dealers also hide their income (evidence) in tax save havens. Criminals cleverly maneuver the money between save havens and when the money returns home it appears legit. Good luck to Obama with this plan, but it would be much easier and practical to implement the Fair Tax. The Fair Tax will collect tax revenue money once the money from the tax haven is spent. The only way to avoid paying a tax is to keep the money in a safe haven and never spend it in the United States. However, the way the fair tax works is that everyone gets their full paycheck and there is no reason to hide the money because it is not subject to taxes. The money is only subject to taxes once a person spends the money. The fair tax works very similarly to a state sales tax. In essence the fair tax is a national sales tax. Many pundits project that a modest national sales tax of 12 to 15 percent would give the federal government more tax dollars than the current complicated and cumbersome tax code. The extra revenue can be used to cut the deficit or it can be used to create more failing and wasteful social programs. The reason the government can collect more tax dollars is because they would receive tax revenue from the trillions of dollars tied up in black markets (Illegal drugs, prostitution, illegal gambling, illegal immigrant’s income, and so forth) that would normally avoid federal taxes. The fair tax solves many problems, but for some reason it is never seriously considered as a viable tax reform option.  Thus, it is my opinion that Obama is going about cutting the deficit the wrong way. Besides, I just do not see the purpose of waging this tax war on big corporations. Obama boasts that he can create jobs and stop jobs from going overseas. I do not see how increasing taxes on big business will accomplish that goal. For most companies and individuals policy this will be a double tax. Many place their wealth in tax havens after they have already been taxed by the U.S. government. Now Obama will stick it to these folks with a double tax that will make it impossible for corporations to compete and individuals to retire. Why doesn’t Obama realize that corporations are only trying to avoid our high corporate tax rate in this country and do something about that?

Obama’s other solution to reduce the deficit is deception. He approved an 800 dollar tax rebate for most American families that make fewer than 200 thousand dollars this year. This equates to a measly 13 dollars a week, but there is a catch. Next year the IRS has changed the tax tables to recoup all or most of the 800 dollar rebates each family received this year. This is only deceptive, and it is wrong. Many families will be surprised next year when they fill out their taxes and see they have been slapped in the face by this administration.

Book: Is American Dying? (Amazon and Barnes and Noble) 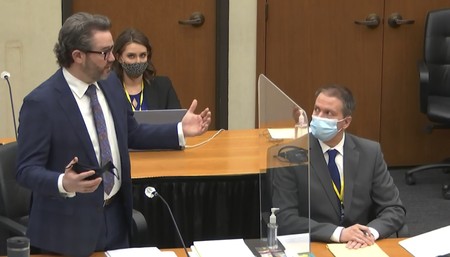