Cleveland Magazine has just posted an interview from the tents at Public Square in Cleveland with the shell-shocked reaction of the remaining Occupiers on receiving news that their comrades had been arrested for plotting to blow up an area bridge.

“I know all those gentlemen – I don’t want to call them gentlemen anymore,” said movement member Robin Adelmann. Some of them spent time with him, manning the tent. “I never really expected that from any of them.”

One Occupier disputes the FBI account of the night of the October 21st arrests, when the FBI says the bomb plotters were trying to stir up violence in the crowd:

Cleveland’s New Channel 5 reports on the high level of their involvement:

What is perhaps most disturbing is that Cleveland City Councilman Brian Cummins, a vocal and active Occupy supporter, admits that he knew and worked alongside the suspects, even admitting that he knew they were anarchists:

“They wore their anarchist beliefs on their shirt much more than anyone else did,” Cummins said. Baxter and Stafford didn’t talk to him, probably because he was an elected official, Cummings said.

“None were very much involved with the strategy of the movement,” Cummins said. “They were more fringe members of the group. People were perturbed with them occasionally.”

Like the guys in the tent today, Cummins had begun hearing that Hayne was a “troublemaker, a pain in the ass.” The councilman noted that the Occupy Movement’s open, often leaderless nature makes it hard to kick people out. 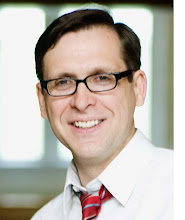 Cummins, a member of the Green Party, has been an integral part of Occupy Cleveland’s activities since the movement began. He was present on the first day of the “Occupation,” offering advice about dealing with the city’s laws and regulations and helping them to secure the required permits. In October he invited his Occupier comrades for a personal visit to Cleveland City Hall:

According to #OccupyCleveland, they were personally invited to Cleveland’s weekly city council meeting last night by Ward 14 councilman Brian Cummins. He is the only non-Democrat among the 19 council members — he is a Green.

The #OccupyCleveland folks shared, “Councilman Cummins made sure to highlight the group’s excellent working relationship with the Cleveland Police Department and its relentless commitment to the consensus process. Councilman Jay Westbrook of Ward 16 expressed his delight to see such a diverse group engaging in their First Amendment rights. Councilwoman Mamie Mitchell of Ward 6 said that she is inspired by the way the movement is engaging in democracy. Councilman Zach Reed of Ward 2 stressed that Cleveland is an important place to see this movement prosper. He was especially impressed with #OccupyCleveland’s steadfast dedication to nonviolence and peaceable assembly.”

Apparently, though, the FBI doesn’t see any connection between the Occupy groups and the terror suspects:

“Let me be clear, the FBI and Department of Justice are not conducting an investigation of any specific group,” said Steven M. Dettelbach, U.S Attorney for the Northern District of Ohio. “We do not investigate movements or groups, we investigate individuals.”

Personally, as someone who sends her husband to work in Cleveland every day, I would like them to be a bit more curious…no…a LOT more curious about what is going on in these camps and how many more violent anarchists they are harboring among them. Someone needs to be asking the leaders of Occupy Cleveland a few basic questions about exactly what level of violence they are willing to tolerate and at what point they would be willing to contact the authorities.  Would they have called authorities if they knew what “Tony, Connor, Brandon, Doug and Skelly” had been considering? I’m not convinced that they would have. I must repeat what I posted in my earlier diary: there are known members of the group who are vocally opposed to turning criminals over to the police. From the Occupy Cleveland forum:

“Some of us are morally opposed to handing someone over to the cops and consider it a violent act…I can tell you for a fact that at least one other prominent Occupier is strongly opposed to calling police, for the same reasons stated here. Even when someone has committed violence, this person says, putting them through the criminal justice system only imposes more violence.”

And that terrifies me.

Tucker Carlson Responds to Fauci: Man, I Was Just Asking a Question
Townhall
'BULLS**T framing': @ComfortablySmug DROPS Chelsea Clinton in thread for trying to get Tucker Carlson banned on Facebook
Twitchy
It Sure Looks Like the MLB Made a Big Mistake by Getting Political
Redstate
The Truth About 'Papa John' Schnatter Finally Comes Out
PJ Media