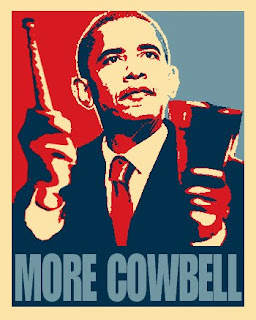 Rumored to be extinct since 1994, the almost mythical Reagan Democrat reappeared in Massachusetts of all places. Scott Brown’s victory should be sobering news for any Democrat facing voters this November.

The AFL-CIO found that:

“A poll conducted on behalf of the AFL-CIO found that 49% of Massachusetts union households supported Mr. Brown in Tuesday’s voting, while 46% supported Democrat Martha Coakley.”

“Karen Ackerman, the AFL-CIO’s political action director, said the results of the Massachusetts poll indicate “what we call a working-class revolt” in which voters were responding to the fact that no one was addressing their needs or interests. ”

What makes it a “working class revolt”?

So, Ms. Coakley was able to narrowly hold on to union members that are employed by the government: teachers, state, federal and municipal employees who depend on taxpayers for their livelihoods. While those that work in the private sector and depend on a growing economy for their income gave a resounding no confidence vote to Coakley and the Obama/Pelosi/Reid agenda.

Democrats ignore this at their peril. Depending on the electoral combination of: public union employees, progressives and minorities resulted in a historic 5 point defeat for the Democrat in Deep Blue Massachusetts.

If this turnout model is repeated this fall, Michael Barone finds that there are only 103 safe seats for Democrats. Which means if you take the political advice of Rachel Maddow and follow Nancy Pelosi in pushing a nationalization of health care through Congress against the will of the people, 155 of you will be looking for new employment after November.

President Obama refuses to see that his hard left agenda is not popular with the American people. Even after independents voted for Republicans by 2-1 margins in the gubernatorial elections in VA and NJ, he refused to change course. In the face of a 3-1 advantage for Scott Brown among independents our idealogue in chief refuses to see he’s the problem.

For the good of our country I hope that Congressional Democrats don’t buy into President Obama’s delusions. The American people have had enough of the “never let a crisis go to waste” hyper-liberal legislative agenda. The American people expect you to focus on getting the economy growing again so that it actually starts to create jobs, not lose them at a slower pace.

It’s time to walk away from the progressive dream of universal health care supplied by the government and focus on the people’s business. Never forget that the 435 seats in the House and 100 in the Senate belong to the people of the United States, not to any party or special interest. If you continue to ignore their wishes, they will take them back, as the good people of Massachusetts just did.

Tuesday’s election proved that this nation still embraces Ronald Reagan’s concept of limiting the power of government: “We don’t pass it to our children in the bloodstream; we have to fight for it and protect it and then hand it to them so that they shall do the same, or we’re going to find ourselves spending our sunset years telling our children and our children’s children about a time in America back in the day when men and women were free.”

One Glaring Issue With Twitter's Case Against James O'Keefe
Townhall
'This information was hidden from you on purpose': Buck Sexton reacts to the release of Brian Sicknick's cause of death; Updated
Twitchy
CBS News Starts the Process of Doxxing Chauvin Trial Jurors
Redstate
Did Wrecking Ball Maxine Waters Give Derek Chauvin Grounds for an Appeal?
PJ Media