I have a beautiful wife and three daughters (ages 7, 7 & 8).  I love my family but with four women in my house, I have perfected the art of tuning out certain conversations.  Dresses, shopping, “mean girls,” My Little Ponies, and the like, are generally the last words I will hear before I start hearing Charlie Brown’s teacher’s voice.  I’m not proud of it, but I’ve perfected selective deafness.

For years, Conservatives have been lamenting the partisan bent of the Main Stream Media (#MSM).  I have never been one to concern myself with the fact that most broadcast news outlets are hardwired to put a liberal spin on most stories.  It was a given.  However, now, instead of spin, they are now simply not reporting the truly important stories of the day.   Thanks only to the intrepid “journalists” on the Twitter, are we even aware of the true news of the day.  The #MSM don’t even hassle with the spin any more, they simply turn a blind eye to the stories that don’t appeal to a particular demographic or narrative they are compelled to tell.  This Selective Blindness, at its core, is a selective application of the First Amendment, that will have a lasting impact on what we know as “news” in the future.

For those of you not on the Twitter, here are the stories you might have missed.  These stories have largely been ignored by broadcast journalists.  I have also given a “hat tip” (h/t) to the folks brave enough to bring these stories to light:

1.  The US Army Labeled Evangelicals, Catholics as Examples of Religious Extremists.

(h/t  @toddstarnes).  According to the article, Fox News discovered, “The U.S. Army listed Evangelical Christianity and Catholicism as examples of religious extremism with Al Qaeda and Hamas during a briefing with an Army Reserve unit based in Pennsylvania.”  This list of extremists also included the likes of the Ku Klux Klan and Sunni Muslims.

The list itself is outrageous.  However, if you put this story in the context of other recent news events, and the list is outright dangerous.  Recall the 16-page Department of Justice memo authorizing drone strikes on American citizens.  According to the U.S. Army presentation, Al Qaeda and Evangelicals are synonymous.  This memo gives an unidentified “high-level official of the U.S. Government” the authority to use lethal force against an American citizen when that individual poses an unidentified threat against the United States.  Put another way, drones can be used to take out extremists.

Do I think the U.S. is preparing drone strikes on evangelical churches? No.  Do I think this is the type of thing that is the duty and responsibility of the national press core to cover and follow as a check on the power of the government?  Absolutely.  All national atrosities start small and seemingly insignificant.  This country interred United States citizens only 71 years ago, investigated citizens for “un-American activities” only 59 years ago, and allowed for racial segregation only 49 years ago.  It allowed drone strikes on American citizens only a few months ago.

Thus, it is not a conspiracy theory to be concerned about a branch of the United State military to label Christians as extremists at the same time the government is allowing for the legalized killing of Americans who are extremists.  Take the lose definition of “religious extremism” of the U.S. Army, the loose definition of  an “associate force” of  Al Qaeda, the non-definition of an “imminent threat,” the unidentified U.S. official, and the loose information said unidentified individual needs to launch such a “legal” strike.  Even an ill-informed lawyer, who lives to please his client regardless of the law, such as Eric Holder, could tie the two together.  They had less legal precedent when they invented the “right of privacy” in Roe v. Wade.

The press has lost a healthy dose of skeptisism and all of its credibility, if it doesn’t recognize the dangers of an unchecked government.

2. The trial of Dr. Kermit Gosnell.

(h/t @breitbartnews).  A psychopath murders 7 babies in ways that would make the makers of the Saw movies cringe.  A mother was killed too.  Yet no vigils have been covered.  No reporters have teared up on air interviewing the parents of the victims.  No infotainment host has devoted a month’s worth of shows devoted to this tragedy.  60 Minutes did not devote any minutes to the story on tonight’s broadcast. Why?  Because the murders were committed by an abortion doctor.  And, the babies were unwanted.

Here’s a bit of the gruesome testimony as reported by a local broadcast affiliate:

Stephen Massof described how he snipped the spinal cords of babies, calling it, “literally a beheading. It is separating the brain from the body.” He testified that at times, when women were given medicine to speed up their deliveries, “it would rain fetuses. Fetuses and blood all over the place.”

Unless you watch local Philadelphia television or follow @brietbartnews you may have never known any of this.

The silence has been deafening by the national broadcast press core.  The Media Research Center has determined:

A group of conservative leaders are now demanding that the networks cover this story.  Apparently, the killing of children is newsworthy based on what kind of weapon was used to take their life.

Fox News reporter Jana Winter was sent to Colorado to cover the aftermath of the Aurora Theatre massacre.  Winter soon broke and exclusive story that prior to the shooting they psycho had sent a package to the University of Colorado in including his plans to kill people.  Winter cited unnamed law enforcement sources in her reporting.

The psycho shooter’s defense team has now subpoenaed Winter’s notes and have attempted to compel her to identify her source.  The Colorado court did not have jurisdiction, so a New York judge signed off on the subpoena.

Winter has made it clear: if she is put on the witness stand, she will not reveal her sources and could face jail time.

Read Judge Andrew Napolitano’s piece on the merits of the case.

The only way I found out about this story was a cryptic tweet by Mediaite’s Noah Rothman:

“If you’re in the media and not following what’s happening to @janawinter, you’re whistling past the graveyard.”

Where are all the networks, decrying in one voice, this violation of basic journalist principles?  Well, they don’t like Fox News.  Winter doesn’t play with the cool kids, nor does she where MSNBC hipster glasses, so the cool kids are going to sit by and watch.  Remember when NBC’s David Gregory clearly broke the law by bringing a high capacity magazine to the set of Meet the Press in DC?  The universal outcry from all networks created such a harmony the only that was missing was the orchestra.

I’ve been told that all media thinks they all will benefit when a journalist goes to jail in defense of principles.  That is playing a dangerous game of Russian Roulette with the First Amendment.  Especially when the court doesn’t feel like anyone is paying attention.

(h/t @missADelgado) Ever heard of her?  I hadn’t until about two hours ago when A. J. Delgado posted her column on the Twitter (again via Mediaite).  The article is complete and profound and I can not add anything to the story.  What could be more compelling than a mother wanting to know what happened to her son.  The victims of 9/11 received a Commission and a Report.  The families of the victim’s of Benghazi get forgotten. 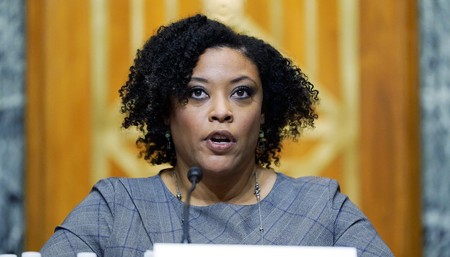