In my last post I discussed how Barack and his minions are dusting off the old 2008 campaign tactics in a (clearly failing) attempt to paddle against the current that has their party circling the political toilet bowl. Free concerts are again giving the illusion that Barack can still draw large crowds… People are fainting in his presence again… and his ACORN-esque foot soldiers are out in full force again faking IDs and voter registrations and their hate-filled bloggers at D-Kos and MoveOn are once again waging cyber-warfare against the republican party and singling out conservative candidates for not only political but personal character assassination…

But there is a notable difference in their tone this election cycle. The angry and often illegal methods of challenging and intimidating those who oppose liberals and their agenda are getting louder… more frantic… more violent. Where they once confined their activist antics to childish protest chants and “bloody hands” performance art, they are becoming more and more comfortable with threatening and carrying out acts of physical violence against anyone who does not conform to their increasingly socialist schema.

Then again, they never had to deal with The Tea Party before.

For the most part, conservatives are a peaceable people. We are more of the “turn the other cheek” mold than the “scream at them/call them names and if that doesn’t work beat them over the head with a stick” sort when it comes to interacting with someone who holds different beliefs than our own. Yes, we own guns… but for us, these weapons are to keep the peace and defend those things we hold dear… not to take them from someone else. And, for the most part… this drive, this most basic survival instinct, this inherent reflex to act in order to protect those things we love is what gave birth to the Tea Party Movement. 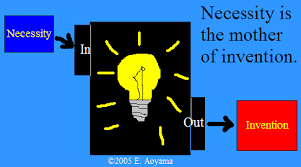 Don’t say we didn’t warn you.

Now, with all of that said I want to get something off my chest right here and now. While being a “cheek-turning” conservative who would rather walk away from a liberal idiot rather than frustrate the hell out of myself with the fallasy that, if I just talk to them patiently and present evidence to support my cause, they will somehow magically gain the capacity of reason… It is a waste of time. I need that time to stand guard. But while I realize I need to be vigilant, paying attention as their desperation levels are rising to such a dangerous level that I am aware of the very real threat that physical harm may come to me for the simple act of showing up to vote at some liberal targeted voting precinct in November… my “line in the sand” is when they engage in the unforgiveable strategy of screwing our Military out of their Constitutional right to vote. Go ahead, call me names, stand your thugs at the doors where I vote and threaten me with “hell” and “hand-to-hand combat” if you lose… but don’t you dare go there. If you self-centered reality illiterates on the left think the people in the Tea Party are just a bunch of angry, bitter clingers who are violently opposing the systematic destruction of the foundation upon which our Country was built… Just go ahead… Try to screw the brave men and women who lay their lives on the line to DEFEND that foundation… You think we’re mad now?…………………You ain’t seen NOTHIN’ yet. 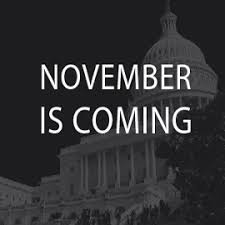 As you all know, (while dusting off the “free concert/fainting fans/fraudulent voter registration” tactics that helped them achieve victory in 2008… the liberals are pulling yet another 2008 tactic from their dirty bag of desperate tricks… They are once again trying to screw our Military out of their Constitutional Right to vote by way of absentee ballot. Never mind that our Military overseas tends to vote overwhelmingly for Republicans and rest assured that this maneuver has nothing to do with the anticipated November “avalanche” from which even George Soros has the sense to get out of the way… But, isn’t it ironic that it’s always when the democrats are in charge that those absentee ballots never seem to make it out on time?

Now, while the “particulars”, which lead to this elections (intentional) screw-ups in getting absentee ballots out to our Military are sill being investigated… Let’s just look at what happened back in 2008 to gain some perspective on just how such a repetitious oversight could possibly be intentionally orchestrated happen again.

Let’s go back in time…. We are in Virginia… 2008. Remember? Barack Obama was running for president and the liberals had taken over both the House and the Senate just two years prior. Back then, a democrat named Jean Cunningham was head of the Virginia Election Board and, by golly if those darn ballots just didn’t seem to make it out on time then either.

John McCain and Sarah Palin filed a lawsuit to extend the amount of time. But Jean didn’t want to hear about it. To her, giving the brave men and women who were laying their lives on the line in defense of our Country extra time to make up for HER failure to get their ballots out was an inconvenience. It was an annoyance to her really… and she even hired an attorney to fight the suit. But she and the Virginia election board chose not to seek representation by the Virginia Attorney General.  Nope, they chose Robert Dybing (A Republican donor) from the a private law firm of Thompson/McMullen in Richmond, Virginia. Yes indeed. Instead of doing everything she could to enfranchise these honorable and brave voters of the United States Fighting Forces, little miss Cunningham asked that the case simply be dismissed. The reason why Jean filed a Motion to Dismiss…? She didn’t believe that provisions in the Uniformed and Overseas Citizens Absentee Voting Act required states to “mail out absentee ballots in time for voters to receive them prior to the election because voters can use a federal write in absentee ballot if they do not receive their state ballot.”

Yeah, according to Jean, while our Troops were over “there” fighting a war and trying not to get shot every day, they should have marked their calendars and used their copious free time to obtain a “federal write in absentee ballot” on their own rather than depending on a state worker to remember to get one out to them on time… ’cause Lord knows those federal office workers are SO much more efficient when it comes to follow ups on a form request than they are at following the same procedures that happen on a regular, scheduled basis every 2 to 4 years…

So… Jean Cunnigham (a democrat) was head of Virginia Election Board and refused the services of the Virginia Attorney General to represent her in the case against her and her peeps… Who was the Virginia Attorney General in 2008 that Jean Cunningham decided not to use to represent her case?… Bob Mcdonnell… And guess who Bob McDonnell replaced as Governor (after he defeated democratic candidate Creigh Deeds) because term limits precluded him from running again)? Tim Kaine… And guess whose gubernatorial campaign Jean “Screw the Military out of their Constitutional Right to Vote” Cunningham donated $125.00 to in 2005?… Tim Kaine.

And guess who else donated money to Tim Kaine while he was still Governor of Virginia? A little group called “Obama for America”. In fact, “Obama for America” was the Top Donor for Timmy in “Gifts, Travel or Honoraria” that year. They gave him $38,610.00, to be specific… $11,443.00 on New Year’s Day alone.

Of course, in Virginia, “Gifts” are not considered to be campaign contributions and Virginia law allows politicians to receive “gifts” intended for their “personal benefit”. Odd thing though… that Timmy didn’t disclose exactly where he went… or for what reason. Nor did “Obama for America” ever disclose where they got the money to GIVE to Timmy in the fist place.

Now, just so we can come full-circle here and connect all of those strange dots? “Obama for America” was the title given to Obama’s 2008 political campaign… After Obama won the election in 2008, they merged with the National Democratic Committee to become, Organizing for America… And guess who was one of the top contenders to be then President-elect Barack Obama’s running mate and was instead chosen by Barack himself to take over as chairman of the Democratic National Committee?……………………………….Tim Kaine.

Ain’t that a hoot?

Back then, Obama had been raising campaign cash for two political pots at the same time, his Senate re-election committee, and his bid for the presidency. Although he “banned” his senate campaign money from being used for his presidential 2008 race,” Obama ” took in more than $1 million dollars generated  from political action committees and lobbyists anyway and, in the end, he threw it all into one big-fat war chest for his “Hopey/Changey” White House bid. Clever, no?

Now… Guess whose name is back in the news… He is one of the many liberals out there accusing The Chamber of Commerce of the “criminal act” of accepting and donating foreign money to be used in the political campaigns of their favorite candidates………………………. Tim Kaine…

And about that promise not to “accept public funds”?

On February 1, 2007, Barack Obama, through his Obama Exploratory Committee, asked[1] the Federal Election Commission “whether, if Senator Obama becomes a candidate, [may he] provisionally raise funds for the general election but retain the option, upon nomination, of returning these contributions and [accept] the public funds for which he would be eligible as the Democratic Party’s nominee.”

Well, we all know Obama took public funds and so far, there are no records of Obama returning ANY money he received in both processes, foreign or otherwise.

Can you say… British Petroleum?

So, here we are, in 2010 and while the liberals in Illinois are pulling another “Jean Cunningham” on our Troops, we have Obama henchmen like Tim Kaine (the Chairman of the National Democratic Committee/Organizing for America – formerly known as “Obama for America”) who was hand picked by Barack The King Of Illegal Foreign Contributions Obama, himself, accusing The Chamber of Commerce (with no proof) of engaging in the same “foreign contribution” tactics, which they perfected themselves in 2008.

Now… allow me to reiterate my message to you slithering little cowards on he left.

Where the “flood” of the Tea Party has been accumulating by way of “scattered” showers until now… keep screwing with our Military and watch the bottom fall out to send the full force of our fed-up deluge down on your collective heads all at once.

A Group Of Parents Sent Their Kids' Face Masks To A Lab For Analysis. Here's What They Found
Townhall
NBC News assures us that despite viral images, it's mostly white people who are assaulting Asian Americans
Twitchy
Vladimir Putin Asks NBC News Who Ordered the Assassination of Ashli Babbitt by the Capitol Police
Redstate
Atlanta May Be Headed for a Final Divorce as Communities Nationwide Seek to Redraw the Lines
PJ Media