The Christian Church in the Pandemic Era 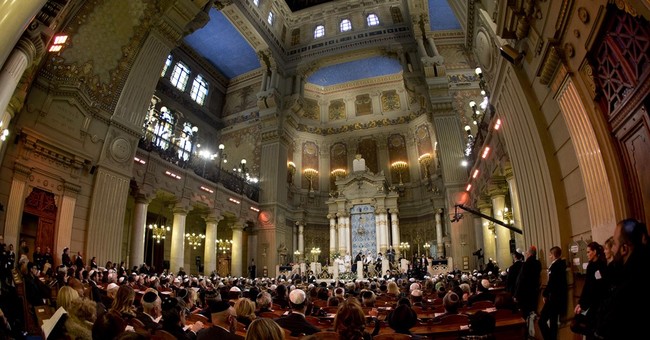 A general view of Rome’s synagogue, during the visit of Pope Francis Sunday, Jan. 17, 2016. Pope Francis made his first visit to a synagogue as pope Sunday, greeting Rome’s Jewish community in their house of worship as his two predecessors did in a show interfaith friendship at a time of religiously-inspired violence around the globe. (AP Photo/Alessandra Tarantino)

Much has been written about the 21st Century Christian Church, much of it not very flattering. Before they began delving into the realm of politics, the Babylon Bee originally made its name in satire with today’s Church. Of course, any good satire has some truth in it. Christians today for the most part have become fat, lazy, and self-centered. Many have said were a crisis to come to The United States, we would all find out the true condition of the Church. I believe that we have and it’s not a good look.

In the first three centuries A.D., Christians daily put their life on the line every day. Meetings were held in secret, and if found out the people were put to death. Christians were crucified, fed to lions for entertainment, and even used as human torches to light the street. Christians today are regularly imprisoned or killed in Islamic and Communist (e.g. China) countries. For a long time I’ve heard stories of these “house meetings” from missionaries and how dangerous they were. Yet here we are now in America losing our freedom of religion guaranteed by our Constitution.

The Sacraments are not just suggestions. Catholics and Reformed denominations believe they are a means of grace. The State is now dictating when and how they can be administered. Gone are the cries of “Separation of Church and State.” The State has now taken it upon themselves to dictate where, when, and how we will be allowed to exercise our religious freedom.

Religious Freedom Seems to Have Been Singled out for Suppression by Wuhan Virus Regulations
Dem Governor, Mayor Serve Up Tyranny on Easter Weekend
Federal Judge Shocks Many When He Informs Louisville Mayor That the US Constitution Applies There
Kansas Pastor Vows To Ignore Democrat Order Outlawing Easter Services
DOJ Spokesperson: ‘Expect Action from DOJ Next Week!’ on Overreach by State, Local Officials on Religious Services

Worse, most of our clergy are allowing them to dictate our religious practices. I don’t ever remember churches suspending services for a bad flu season. It’s certain that someone passed that on to someone else who visited an elderly parent or relative and it led to complications causing death earlier than it might have without that contact. We’ve always accepted that was part of the fallen world that we live in. We’ve always taken responsible measures to reduce the risk, yet knowing we could never eliminate it.

NOTE: The following is not intended to start a theological debate. Those belong elsewhere.

If it was imperative to baptize or circumcise that newborn baby before the nationwide house arrest, why is that no longer the case? If regularly participating in the Eucharist/Lord’s Supper/Communion was so important before, why can it be eliminated from how we practice our faith now? I know that some have talked about exceptions we’ve allowed before, but those are exactly that. Exceptions. If the exception becomes the rule, the rule no longer exists.

If we allow the State to dictate the terms and methods for how we practice our religion, there will be no end to the limits they place on us. If the churches and clergy go along with these restrictions, they will have no reason to expect church members to continue to follow them. Many a priest and minister lived and died in concentration camps in Germany because they refused to allow the State to dictate how they would be allowed to practice their religion. Where are they today? Who will stand up to these modern-day fascists and tell them no?

Please, AOC, Run For President (And Why She Can’t)
Townhall
Mark Hamill trolls couple who offered to adopt
Twitchy
Seattle Police Justify The "Defund the Police" Movement by Arresting a Preacher for Reading His Bible Too Close to a Gay Pride Event
Redstate
Another 'Cassidy Blasey Ford' Claim Appears Headed to the January 6 Committee Dumpster
PJ Media