Open Letter to Black Democrats; Give Rand Paul a chance before allowing Black Experts to tear his message apart

Many times, I am asked the following: Why keep bringing up the rich history of the Republican Party and the continued racist history of the Democratic Party? I usually answer with something like this – because liberals continue to lie and hide what has happened. 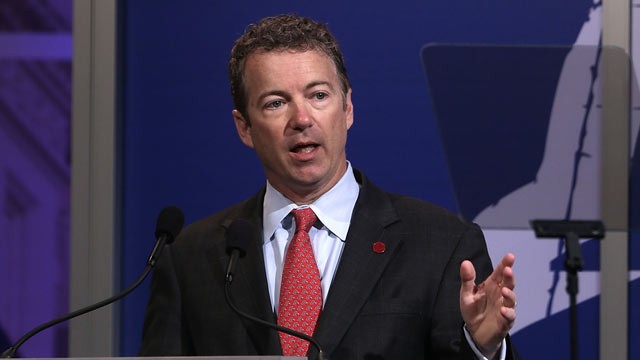 Senator Rand Paul is an extraordinary individual. He traveled to Howard University today to explain and begin a new dialogue with black students regarding the history of the Republican party and what it really means to be on the other side of the Democratic Party. Hopefully the members at Howard University will understand and take the message that he spoke today and let it marinate within their souls.

Don’t take it from Rand Paul or this diary post! History continues to reveal that EVERY PIECE of racist legislation that was ever passed or every racist terrorist attack was inflicted on Black Americans was initiated by the members of the Democratic Party.

History also reveals plain and simple the Republican Party was formed in 1854 to ABOLISH slavery and challenge the Democratic Party for other racist legislative acts that they initiated.

If you look at the congressional records, you will see that Democrats were opposed to passing the following laws that were introduced by Republicans to achieve civil rights for African Americans:

Yet the Democrats have tried to rewrite history as well as their website. If you venture to the DNC website, they have put up on of the most craziest lies every hatched. They state for the last 200 years, they have been the champion of civil rights.

They want to keep their base meaning yourselves and will do anything to keep you under their wing. They will label the other party racist to literally scare you from thinking about joining. They have hatched schemes and legislation over the last 50 years that keeps many black Americans with a mindset of “I hate where I am at, but there’s nothing else.”

I have said all of that to say this……there is always choice! As an American you have choice as a right given to you by the creator. The Democratic party has shut down that choice with demonetization and terrorist acts against the Republican party to shut down that choice.

Senator Paul traveled to Howard University, most notably, was named after a white Republican Union General Oliver Otis Howard who was known as the “Christian General” because he tried to base his policy decision on his deep religious beliefs. General Howard was a leader in promoting higher education for freedmen founding Howard University and serving as it’s president in 1867 – 1873.

Most blacks are not privy to this information because Democrats, over the last 55-60 years have removed the party titles of Republicans that not only created colleges for black students and there are a few, but had any significant accomplishment that helped blacks back in that day and time.

Why do I keep talking about the Democratic racist history, because they keep trying to hide it.

Liberals React to Defeat of 'For the People Act'
Townhall
'She really sucks at math': AOC lies to her followers — and to herself — with take on Senate GOP's filibuster of For the People Act
Twitchy
Women Want to Know Why Men Don't Want to Marry Anymore...Allow Me
Redstate
The Morning Briefing: Progressives Are Having a Rough Time and It's Glorious
PJ Media