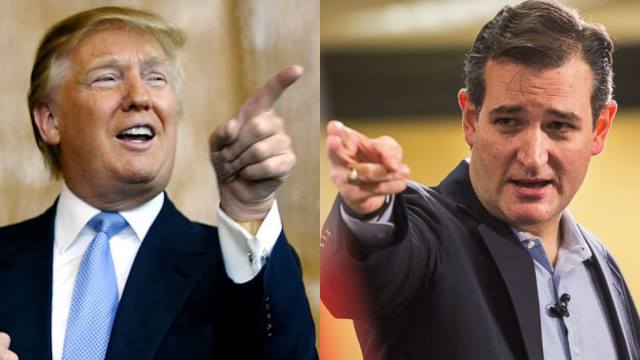 I know this is not a popular idea and I wince at the idea of Trump being the nominee but reality is beginning to settle in. If conservatives are to have a seat at the table we cannot be so naive as to go the route of a third party. It is likely that Ted Cruz cannot beat Trump outright and squelch the Trump fever our party is experiencing. The other problem is that Trump is a disaster both in that he fractures the GOP and runs poorly in the general as our party’s nominee. So I’m offering a Trojan horse strategy for conservatives, follow me please… We need three things to win (from a conservative perspective).

#1: We must stop the Trump fever in our party and I fear the only way to do that is through time. I feel Trump will betray every principle and almost every claim he made and he will be impeached because of it. So I think Ted Cruz could be the Ford to Trump’s Nixon. He needs to amass enough delegates to be able to play hard ball with Trump and “Make a deal” similar to Bush and Reagan.

#2: We must win in the general and defeat Hillary. So how do we do this with the party’s worse candidate in the history of the party? Well we stick together and pull in enough disgruntled blue collar workers and male voters as possible to squeak out an electoral win in November. This won’t be easy but it is clear that Trump’s supporters are beyond delusional and they will leave as the GOP as quickly as they came in if Trump goes away. So we have to pull in those nuts to get the job done and this is a MUST.

#3: Having Ted Cruz as the anchor to Trump’s wayward ways will give the executive branch a conscience. It will also bring much needed intellectual ammo to the empty rhetoric from the Trump campaign. This will also give Conservatives a life boat in the senate for SCOTUS appointees in that Cruz can as VP vote in the senate if there is a tie.

I say all of this to say that I hope this doesn’t happen but in case it becomes the reality Cruz MUST do this for the country. Period.