It is time for Cruz to Drop Out

First off… I realize now that I need to preface this with one thing. Rubio and the Establishment backers have NO HONOR. That is not a cheap shot its a fact, I’m tired of hearing “Rubio is a nice man”.  No one nice lies and soils everyone else to preserve their own power grab. Rubio will NEVER drop out because of his desire for Money, Power, and Fox New’s “He can win” delusion broadcast 24/7.  Us constitutionalists cannot win this fight using the traditional strategy. Thus my argument below…

Early on since Ted was running in Texas I heard over the radio a voice with complete authority over the issues at hand. He knew the constitution inside and out and as time went on it was clear that out of the much heralded “Tea Party Wave” he was one of the most influential. He stood his ground for the constitution where there was but an inch for him to stand and he NEVER lost hope in the American People. Sadly I think his undoing in this election was and still is that eternal hope in the “Good” of the American public. Before the tsunami of lies began to overtake our conservative ship we had hope… 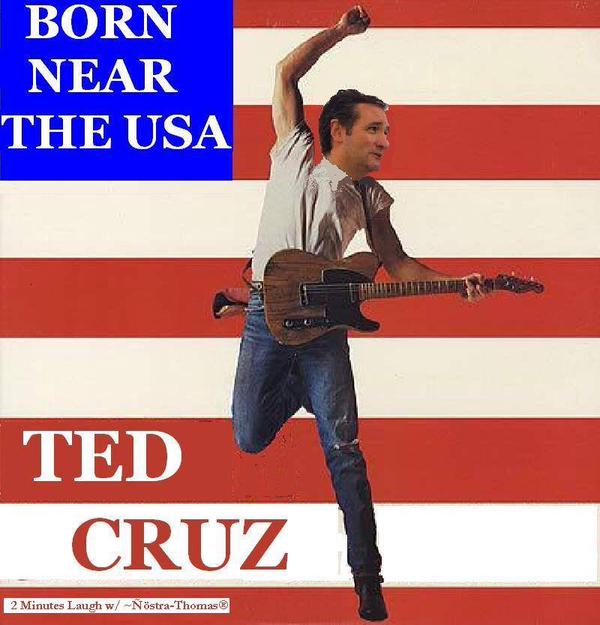 The hope that the American people could still be trusted with their own internal guiding light through the murky waters of American politics. The hope that you don’t need to be the loudest buffoon screaming liar, liar to get noticed. Its a hope we all had and its all but dead. So pragmatism and determination must engage, we cannot loose this fight completely. The Rubio campaign has succeeded not in winning, but instead arming our foe THE TRUMP. I’m deeply saddened that our people are so lost and that the cult of personality wins 9 times out of 10 anymore but this isn’t a pity party, its WAR!

Like the General (That I’m not) I’m going to tell you what you need to hear and not what you want to hear. Senator Cruz cannot be president without a brokered convention, so you have your choice here and now… Do the egregious thing and vote for that “All hair, All Talk, Whitened smile, Backstabber from FL” to end THE TRUMP or vote your conscience and obstain from this political world war. We conservatives are not done yet, we can still stop THE TRUMP and put Rubio in a conservative kettle so hot that his hair might fall off… Or we can loose everything.

**Lastly before I end this, next time (Future conservative running)… If anyone calls you a liar, respond like its the WWF and your fighting for the belt. 30-40% of  the American public is too lazy to do any type of research and they’re looking for flash not substance. So hit hard and fast, do not do what Cruz did and play the Gentleman… Gentleman don’t win in this day and age.