Today’s eco-insanity: My dog is screwing up the planet . The long and short of this work of nonsensical babbling is that a) pets actually (God Forbid) require food that needs to be grown on arable land, b) we should have more “green” pets like a hamster or (you gotta be kidding…) a chicken, and c) (and this one really set me off) pet owners should consider recycling their pets after their lives end by making them into food for either humans or other pets.  I’m surprised there was nothing about how their poop contributes to methane emissions.

The authors, Robert and Brenda Vale of New Zealand, are obviously and without question stuck on stupid.  Their idiotic assertions are exactly where the eco-insanity promoted by the likes of Al Gore has brought us.  The truly ironic (or maybe moronic) part of this is that the “problem” that they look to solve, that of man-made global warming, is at worst very overblown (due to the poor fidelity of the global climate models which were initialized with conditions in some cases orders of magnitude more pessimistic than reality) and at best non-existent (see the report which states that global warming came to a screeching halt in 1998 ).  I’m supposed to eat my dog, then go get a chicken for THAT?

In addition to the stupidity of their assertions and the underlying rationale, we also have the offensive part.  My dog is a part of my family.  He has been the one rock of sanity through an otherwise God-awful year (personal stuff, not just the Obamanuts taking over).  Furthermore, I am not alone in this “pet therapy” experience – the therapeutic effects of being with a dog are well documented and have become a common part of patient care (although Obamacare may put an end to that – maybe we can get therapy chickens instead?).  To “recycle” a pet is, as I see it, is at least as offensive as the whole Michael Vick affair, and is only one step down from “recycling” a human family member.  Ain’t gonna happen.

By the way, below is who the eco-freaks have me replace with a chicken.  The real “inconvenient truth” is that said eco-freaks can’t themselves be replaced by chickens. And yes, he’s in a Mustang. I’m not replacing that with a chicken either. 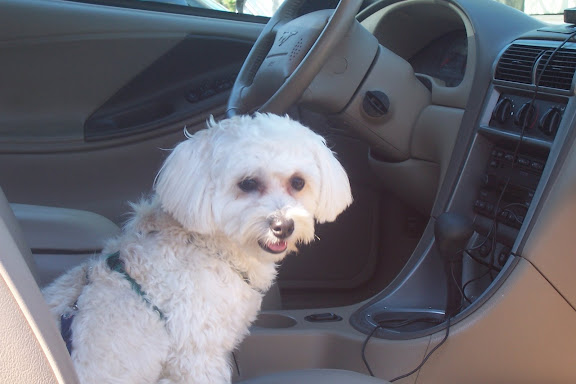