Mr. Rice presents the letter below as an example of man who has a superb way with words. I quote Mr Rice:

“Whether you agreed or disagreed with Mr. Novosel’s politics, you had to admire his skill with words.”

Here is the unabridged letter that Mr. Rice Cites as an example, Mr. Novosel’s final letter to the Editor before he died:

Hang up your robe
I want to share a couple of observations about our area.
First, the retirees and recipients of Medicare, Tricare, etc., who are calling health care reform “socialism” are hypocrites. Second, a racist element is prevalent in the local variety of the Republican Party. I know Republicans, and they are, by and large, fair-minded. But here, the religious-based neoconservatives who have attempted to hijack the Republican Party are pulling for a sick kind of American apartheid. They represent the birthers and the nutty folks who feel that just because Barack Obama is black, he doesn’t deserve to be president of the United States. Well, to the bigots in our area — who represent about 65 percent — you are out of line with the 67 percent of the population that put this intelligent statesman in office! So put your burning crosses and robes away and join the 21st century! The first thing you could do to join the human race is to at least admit that 45 million people (about 10 percent of the American population) don’t have health insurance because it’s so expensive. You who would have Congress do nothing to correct the main problem in our economy should look at what you are against. Here in Florida, I see a bunch of dumb marionettes dancing on strings pulled by the health care and insurance industries.

Here is my response

Quick: Which party has in its Ranks a former “Grand Kleagle”..Or Which Party did George Wallace Belong to in his heyday and…did you know a greater percentage of Republicans voted for the civil rights act of 1964 (82% vice 66% in the Senate and 80% to 60% in the house) than Democrats. To say the Republican party is the sole epicenter of racism in this country is to misread history. Both parties have a history of racism. For example, our current president attended for 20 years a church that was run by an avowed racist. He was married by this same racist. That is a fact that no amount of semantics can cover up or excuse.

I remember as a child driving to visit relatives in Virginia during the early sixties and seeing a large billboard with a Man dressed in Full Klan Regalia with the words “Welcome to Ku Klux Klan Country”. I asked my Mother, who was raised in that area, what it was about, and she said “It’s a poster done by people who don’t know any better and are ignorant”. The county we were in was controlled, since reconstruction, by the Democratic party. My Mother was a Republican.

While I know this man just died of Cancer, is retired Military etc… When I read that letter I saw the ravings of a leftwing loon.

As a Republican and a somewhat educated man, I found his last letter to be poorly written, insulting and intellectually shallow. However, I will give the gentleman the benefit of the doubt and assume his mind was addled with drugs and cancer.

However, if this letter is an honest reflection of this man’s opinions and writings, then he was beyond the pale with his bigoted and hate filled ideology. I hold him in the same light as I do a David Duke or a William Ayers, regardless of his service to country in the past.

While I would defend to my last dying breath Mr. Novosel’s right to write such garbage, to give such hateful speech a pass without condemnation because this man performed well in war, would be like giving Herman Goering a pass because he won the Iron Cross for his service for Germany in WWI. I find it disturbing that those on the left/Democrats don’t see it as the disturbed, ignorant hate speech that it is. 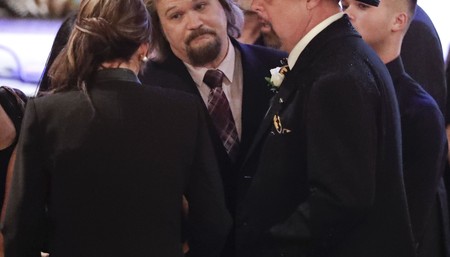