It happened because it could.  We face a Presidential Election between what should be two utterly unelectable candidates, because it was allowed to happen. Safeguards which should have been activated, failed because they no longer exist.  But not only was it allowed to happen, it was actively encouraged, fomented, augmented and supported by what remains of an entity the architects of our Constitution not only did not protect us against, but actually intended to be, other than a standing Military and armed populace, the single chief protector of our Liberties.  Jefferson knew that an informed populace, made aware of the facts of the day, is actually preferable to Government itself, as only with the former could the latter exist in an acceptable form.  But fast-forward 240 years, and we find ourselves confronted with a choice such ideals should render an impossibility.  One candidate is a dangerous failure with blood still fresh on her hands, while the other a man whose utter unfitness for the role he seeks is almost indescribable.  Language fails when it comes to explaining what Donald Trump actually represents, and the potential for damage he could cause.  He is Ignorance, propelled by Ego, with only an amoral Pragmatism to supposedly guide him.  What is Right is what moves him forward in a given moment.  He has no Principles, except for what he believes will work best today.  Tomorrow, he could claim the precise opposite, but for the same reason.  Thus he cannot lay claim to an ounce of Integrity, and far more than likely could not define it if asked anyway.

But neither Clinton nor Trump would even be a blip on the radar of our political consciousness, were it not for the abomination Jefferson’s noble concept of a Free Press has degenerated into today.  We do not have a Press: this is why what has happened, could happen.  We have a Media — a self-serving, self-involved vehicle which exists only for the aggrandizement of those beneath its umbrella, not the dissemination of News, Fact or Truth.  This is how it happened.  This is why we are here.  Jefferson described his notion of the Press as, “The only tocsin [alarm bell] of a nation.”   How better to describe our current scenario than as one where alarm bells which should have rung, did not?  The Truth, regarding Hillary Clinton’s actions and inaction regarding the events in Benghazi, was not given anything akin to the scrutiny a Presidential candidate should have received, because as anyone paying an ounce of attention knows, the Media is massively slanted towards the Progressive/Liberal movement in this country, and as such Democrat candidates are treated with a delicacy afforded only those whose ambitions are hoped to reach fruition.  On what could only perhaps be said to amount to another hand, what FOX News did with Donald Trump over the past few months amounts to an ideological act of war.  The damage that has been done will take years to fully grasp, in terms of what might have been regarding the first true Conservative candidate to emerge since Reagan, but one thing can be sure: they knew exactly what they were doing.  Donald Trump was a rating bonanza, not a bit different from the, “All Tebow, All the Time” period ESPN likewise offered not long ago for precisely the same reasons: ratings.  But Tebow’s overexposure did not forever alter the future of the United States and the World.  The intentional destruction of Ted Cruz’s campaign, did.  They made a large amount of money while working to maintain a status quo Cruz would have himself destroyed.  And all by pretending a fool had something to say worth hearing.

We can fix the Republican Party. It may involve burning it to the ground and beginning anew, or some combination of removal of current leadership and rebranding.  We can then nominate the best candidate.  But in a world where we now know, unequivocally, that two billion dollars worth of free advertising provided a circus clown will still make that clown a viable opponent, as long as the clown is treated seriously by a Media machine interested mainly in ratings and money, but as well permeated with an undeniable slant away from our side, it more than likely will not matter.  We thus must have two goals: the construction or reconstruction of a viable political Party, whatever the name, but as if not more importantly:  the creation of a source of information not slanted in either direction. I am not calling for what we once pretended FOX News represented — an alternative to a biased Media, slanted Right as opposed to Left. I am calling for a source of unbiased information: the events of the day presented with no spin, nor the slightest hint of “what it is supposed to mean.”  We need reporters, not commentators.  If a nation with unfettered access to such information cannot survive, so be it.  But one without it has no hope at all.

There is a simple way to put it, using the simpleminded man currently bolstered by our current broken system.  Imagine if a Trump speech or interview were presented without the safety net of a shamelessly biased interviewer, or a collection of enablers who immediately ignore the absurdity they just witnessed and tear into his opponent to deflect attention.  Imagine if it were just Trump, trying to communicate.  Gently stated, the Presidency would not be an option.   And anyone who would stand against this idea, would have to explain why the events of the day should not be provided the Public.  And in so doing would reveal themselves as as great an enemy as this country has ever faced. Because they are not at the gates, they are inside the walls.  And currently, they tell us what to believe.  The Truth cannot make us free, where it is not provided. 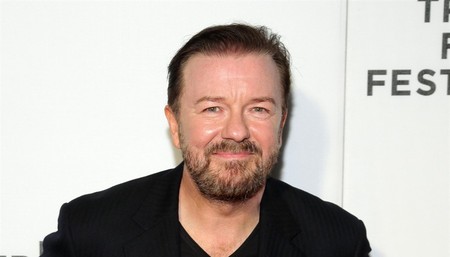 Here's What to Expect in the Texas Runoffs and Races in Georgia, Alabama, and Arkansas
Townhall
After lying about it, Jen Psaki confirms that she's in fact '[joining] the incredible MSNBC team' (and even Keith Olbermann smells a rat)
Twitchy
Democrats Are Scrambling to Find an Alternative to Joe Biden in 2024
Redstate
Insanity Wrap: White House Frenzy Over Karine Jean-Pierre's White Straight Male Backup
PJ Media