Why Super Why is Awful 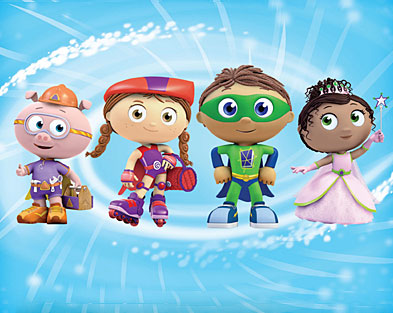 Super Why is a children’s show on PBS. It should be something I, as a parent, should love. It encourages reading, talks about letters, and discussing spelling. I don’t, though. Because it’s awful.

On the show, the “Super Readers” jump into traditional fairy tale stories and try to save the day. In each instance, the creators of the show change the plot so much to make the original story almost unrecognizable.

Why are these stories changed? What is wrong with the original intent of the stories. Be them stories to instill a sense of natural fear of certain animals in children which can hurt them, to teach people that hating those who are different is wrong, or a story about a Princess’ salvation coming from true love. What is wrong with these messages? Why did the messages need to change to needing help dancing or falsely being accuse of a mess. Why did the “Boy Who Cried Wolf” not realize the error of his ways on his own, why did they need to interact with the story? It’s intentional. It’s trying to change our values at a very early age.

A few things which I’m noticing.

I hope my wife and I can instill the truth in my children through the way we raise them. I plan to do so through parenting, loving my children, church, and regular reading of the Bible. We need to instill values in our children. Society sure isn’t going to and the values they try to instill, are false. True values are found in God’s word, teach it at home.