Come, I will conceal nothing from you: I am growing quickly disinclined to get dragged into primary political battles for the 2010 election.  This is partially because I’m getting to a position where I know some of the folks involved in the campaigns (which is why I’m counting the days until the California primaries are over), and partially because it’s going to be a free-for-all for some of these seats (part of the problem with having so many Democratic seats up for grabs).  So, it’ll take a bit to get me to note something in particular about a GOP primary candidate.

A 2008 SEIU endorsement will do.  I’m not as ready as that poster is to tie WA-03 Republican candidate Jaime Herrera to ACORN, but taking money from the Purple People Beaters is quite bad enough (see here and here for corroboration that State Rep. Herrera did in fact get endorsed by SEIU).  Mind you, I’m perfectly ready to believe that she regrets that endorsement now, too – but now would also be a good time for her to indicate said regrets.  Put another way: at the moment Herrera is talking about Big Labor, which is great… but as a state legislator she courted Big Labor, which makes at least an explanation germane.  And when you have an unexplained disconnect between current rhetoric and past rhetoric, it looks bad if it gets out.

And it will get out.  Somebody will always be happy to pass someone else a quiet word. 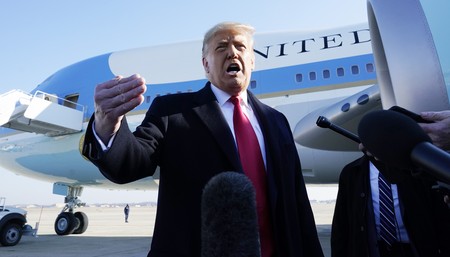 Mika Brzezinski Scolds Facebook Leadership for Trying to Suck Up to Biden: 'You Need to Be Shut Down!'
Townhall
Maher: Don’t confuse 5,000 rioters with 74 million voters
HotAir
'Nothing whatsoever could go wrong'! Democrats' popularity will definitely skyrocket if they go this route to fight domestic extremism
Twitchy
Insanity Wrap #127: Why Joe Manchin Is Never Going to Switch Parties
PJ Media