Murder is news. Rape, robbery and drug busts are also news. And guess what? Crime coverage, if done right, sells papers. If the Washington Post can’t be bothered to cover a shooting that leaves one teenager dead and two others wounded, what the hell is the point of publishing a newspaper?

Good cops-and-courts reporting used to be a staple of American journalism. Was such coverage sometimes lurid and sensationalist? Sure. But it sells newspapers. The problem is that too many people in our newsrooms for the past several decades have failed to understand that they’re in a business, the object of which is to sell the product and make a profit.

Where I differ with Stacy is that I think that this is only half of the problem; the other half is that the people running the papers today don’t really understand that, by and large, if the American reading public wanted a national paper that defined the news we’d already have one. The New York Times likes to think of itself in such terms; so does the Washington Post, and the Los Angeles Times had some pretensions along those lines. The fact that all three papers are in financial trouble right now has apparently not been taken into account.

Honestly, I think that everybody involved would be happier if we just established once and for all that the Watergate scandal was a disaster for the newspaper industry; it encouraged an entire generation of reporters to go out there and try to change American society, instead of simply documenting it. Nobody really wants them to do the former. In fact, based on the historical record, what the American people want them to do is to go out and alternatively tweak and praise local power structures via proudly and openly biased articles that make no secret of their own opinions, and that offer no pretense to an objectivity that never really existed anyway. In short, the American people want ‘honest’ yellow journalism for their day-to-day news.

And comics that aren’t stupid. Some of those can be nationally syndicated, by the way.

PS: And we can stop requiring specialized college training for journalists any day now. From what I can see, it’s pretty much wasted on them anyway.

MSNBC's Nicolle Wallace: Republicans 'Must Assert the Truth Before They're Allowed to Share Any Other Views'
Mike Miller

Defund the Police: Chicago Gets Its Own Carjacking 'Epidemic'
Alex Parker 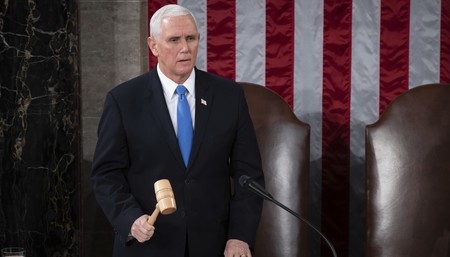