K. Couric is Blinded by her Opinions

By grumpyKoz | Oct 26, 2010 1:01 PM ET
Share Tweet
Share
Tweet
It is amazing that one’s political ideology can so blind their eyes from the
truth that even as an “objective” observer, they cannot see the forest for the trees.
Take for instance an interview of Katie Couric by ‘The Daily Beast’.

It is amazing, to say the least that she cannot see the reality of situation.

The sitting “political machine”, whether Republican or Democrat, is selfish in that they don’t care about the existence of one side or the other. They don’t look across the dividing line of party unless it shows them how to get re-elected. This is the ‘Good old Boy Network’ and it is one for all and all for me!

But when one looks at America, they can see that The People are for America. They are not Liberal or Conservative. They are not Republican or Democrat. They view their ideal world and are working to make it so.

Some believe that Marxism/Socialism is the true end and beginning of happiness. This, though misguided, is a valid choice. And they follow those political persons that will assist in making their world come true.

Others believe that the founding documents of the United States, with it’s ideas of individuality and personal rights still hold true. These folks will pursue the path and persons they believe will obtain or continue their view of America.

But in both cases, Couric is drastically wrong to believe that America is ‘R’ or ‘D’. America is founded on a vision, followed by visions of what it should be.

The founding documents provide the rules and means to allow this ‘Vision’ to exist and in some way, either large or small, manifest itself upon the people.

We The People have the right to make America what we believe it should be. We were given the privelege or courting the way it was or embracing the way it could be.

But we are NOT ‘R’ or ‘D’. Couric is blinded by her views and opinions. She can no longer, if ever, see the forest for the trees. Perhaps she should have a nice long sit down with Juan Williams. Talk, don’t debate. Listen, don’t just hear.

Then, maybe she would be able to ‘see’ instead of just looking at, America. Who we are, what we believe and where we want to go.

Our Creator provided our Founding Fathers with the knowledge to SEE and HEAR the future. They suggested on paper, instead of dictated by decree the path that America could follow. Couric could use a little of that humility. 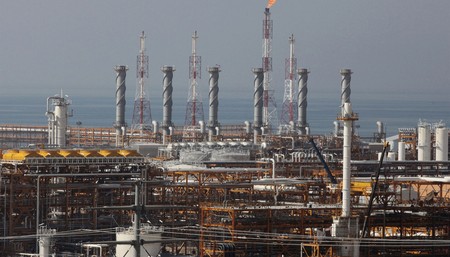 A Group Of Parents Sent Their Kids' Face Masks To A Lab For Analysis. Here's What They Found
Townhall
NBC News assures us that despite viral images, it's mostly white people who are assaulting Asian Americans
Twitchy
Vladimir Putin Asks NBC News Who Ordered the Assassination of Ashli Babbitt by the Capitol Police
Redstate
[WATCH] Jon Stewart Tells the Truth About the Wuhan Virus and There's Nothing a Horrified Stephen Colbert Can Do to Stop Him
PJ Media