Let's Not Give Up on the Institutional Role of the Senate

Back in 2005, a gaggle of so-called conservative lawyers were hatching a Senate parliamentary “con game” called the “nuclear option,” in order to confirm President George Bush’s judicial nominees.

At its core, the “nuclear option” is this:  51 senators fraudulently vote that the written Senate rules provide something that they don’t.  They stand in the Senate well, raise their finger for recognition, and lie.  They vote for a factual parliamentary statement that everyone, including them, understands is patently not true.

Morally, this is equivalent to what has become the Obama administration’s governing principle:  That lies, fraud, bribes, and moral corruption are all acceptable as means to its “higher purposes.”

In 2005, many of us warned that the nuclear option was unnecessary to confirm John Roberts and Samuel Alito, but that Republicans would not always be in control and that triggering it would come back to haunt them. Amusingly, at least one analyst defended the option on the late Paul Weyrich’s radio program by arguing that national demographics were such that Democrats would never again gain control of either the Senate or the White House.

The nuclear option was not invoked in the 109th Congress. Roberts and Alito were confirmed without it. Republicans lost the Senate two years later.  And, in November, 2013, [mc_name name=’Sen. Harry Reid (D-NV)’ chamber=’senate’ mcid=’R000146′ ] took their idea and used it to blow up the Senate as an institution to pack the circuit courts with liberal political judges — to the justifiable howls of conservatives and Republicans.

Now, some of the same lawyers who discredited their own judgment in 2005 by creating this mess are opining that we should leave the nuclear option and its consequences in place.

They argue that the Senate is irreparably destroyed as anything other than a majoritarian institution governed by mob rule whenever it matters.  They also contend that the courts are more important than the preservation of the Senate as an institution and that Republicans need the rubble of the nuclear option to repack the courts when they take control.

Speaking on behalf of those who love the Senate as an institution, I hope this is not the case.

To those who don’t care whether the confirmation of Supreme Court nominees or the passage of legislation are in line to be “nuked” into non-debatable, unamendable majority votes, I would say this:  99% of bad Democratic ideas over my 40 years in Washington have been killed by the Senate rules.

And for those that haven’t, the courts — even conservative ones — have been far from a reliable backstop. (See e.g., ObamaCare, the semi-automatic ban, same-sex marriage)

It is a tough question whether you can restore the rules without “renuking.”  And the regularization of the nuclear option would surely be worse than living with the consequences of its invocation.  But I am convinced you can get a ruling from the Chair that the precedent of November, 2013, was erroneous, and that all its consequences are invalid.

Now, what about the concept that Republicans need the rules to repack the courts?  Four observations:

First, Republicans don’t have the White House yet.  And we may want to fight nominations like Loretta Lynch, who appears to be in the process of being put in place to replace, e.g., Antonin Scalia. If Lynch is anointed by this process over the next two months, it may not matter whether you need 50 or 60 votes to confirm her for the Supreme Court.

Second, Republicans may not take the White House in 2017. In fact, the betting in this town is that they won’t. And, if they don’t, the Supreme Court and the federal judiciary are probably gone unless you have that 60 vote margin.

Third, there are many ways [mc_name name=’Sen. Harry Reid (D-NV)’ chamber=’senate’ mcid=’R000146′ ] can be sanctioned to lessen the chances that this will happen again: Formal ethics charges, of course, but also a white-hot focus on resurrecting the Nevada Yucca Mountain nuclear waste depository.  An electoral focus on Reid’s expected tough race against Nevada’s Hispanic governor. The use of the Chair’s power of recognition to literally force Democrats to replace him with someone else. And a threat to use the nuclear option for something so devastating that Democrats will beg to take it off the table forever (like, the creation of a non-debatable resolution to “deem” that 2/3 of the Senate have voted for a veto override on ObamaCare).

Fourth, you can dramatically expand the courts by reconciliation, so long as you have an offset.  And, as Reid has shown, you can stack votes.

If you look at the landmark cases over the past half-century, most of them are a result of bad legislation that got through. 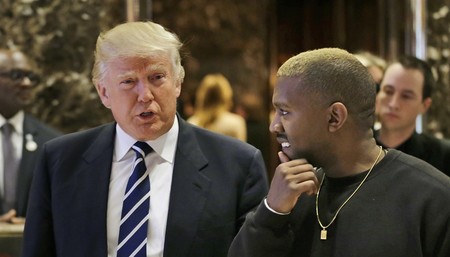 Rep. Eric Swalwell Makes a Fool of Himself Over Trump Dining With Nick Fuentes
Jeff Charles 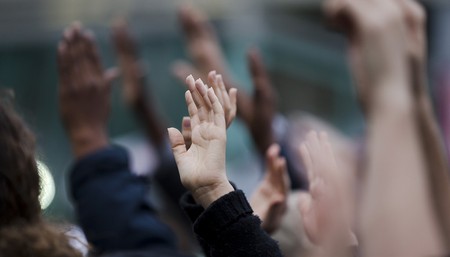