Where are the Adults in this Administration?

Obama continues his rounds on the Sunday morning dog and pony shows to try and utilize Alinsky’s 13th  rule for radicals against Fox News.   Using Anita Dunn, what started as a comment here, a comment there, Beck one day, Limbaugh the next, has become a wholesale frontal assault to target, freeze, personalize and polarize  the entire Fox News organiztion.

David Axelrod commented that “A lot of their news programming, it’s really not news. It’s pushing a point of view ” on ABC’s “This Week.”   Well, duh?   Was Axelrod watching O’Reilly or Beck?  Newsflash brain trust….they don’t claim to be unbiased news.   The news portion of Fox is very fair and very balanced.  Maybe Axelrod just doesn’t recognize the conservative content or understand when it isn’t shoveled down the viewer throats.

White House Chief of Staff Rahm Emanuel nails the White House’s collective annoyance with Fox when he comments, “It is not a news organization so much as it has a perspective.”  The White House just can’t seem to deal with unbiased news, conservative viewpoints,  or a differing point of view.  I think that  pretty well sums up the Obama administration succinctly.

For the second week in a row the  biggest  crybabies in the White House again called Fox News the proganda arm of the Republican party or the news organization of the Republican Party.   I guess McCain didn’t know.  Now the Obama administration is intimately familiar with both having a news organization in ones hip pocket and using them to forward an agenda.  MSNBC and NBC have been doing it since Obama had the audacity to throw his hat in the ring for the office of president.  In fact, the only comparison that HASN’T been made is calling them the FNSS, Fox News SS.  Kettle, thy name is Obama, Emmanuel, Axelrod, Dunn, et al.

Obama and, it seems, every unvetted and vetted member of his team are all a bunch of thin-skinned whiners.   I have a clue for those who are afflicted with terminal red ass, use the cream recommended below, suck it up and focus on the things that matter to the citizens of this country and quit playing politics.  The campaign is over, it is high time the adults made a showing in this administration, if there are any. 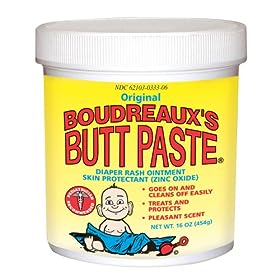