Where is Dusty Springfield when you REALLY need her?

OK, so it looks like John McCain has a primary opponent for his reelection bid in 2010. According to Ben Smith at Politico, a candidate will be announcing as early as tomorrow that he will run against McCain in the ’10 Republican Primary.

First, let me inoculate you. I absolutely, utterly detest the sight, the sound and the thought of John McCain. In any and every role but that of a retired and mute private citizen. I’ve lived in AZ since 1993 and I’ve NEVER voted for McCain in a statewide race, including voting for the really hopeless Democrat who ran against him in 2004. I get ill every time I think about his political career, and I can think of exactly no reasons to say ANYTHING nice about him.

OK, now for the Dusty Springfield reference… Yeah, lord knows I’m “wishin and hopin” he gets his clock cleaned in the primary. Please, please, please lord. I won’t ever [insert appropriate venal sin here] again. I promise. Just let McCain get pounded. Or beaten by one vote… MINE!!! 🙂

Chris Simcox, the founder of the Minuteman Civil Defense Corps is going to run. He has some national recognition and sort of a national base from which to raise funds. And – please follow his link – he’s not a one issue politician, he’s actually got a pretty solid conservative platform. You should also please read all of Ben’s column on Simcox, I’m not going to even borrow his thunder let alone steal it, other than this reference to Sims upcoming announcement…

“John McCain has failed miserably in his duty to secure this nation’s borders and protect the people of Arizona from the escalating violence and lawlessness,” Simcox said. “He has fought real efforts over the years at every turn, opting to hold our nation’s border security hostage to his amnesty schemes. Coupled with his votes for reckless bailout spending and big government solutions to our nation’s problems, John McCain is out of touch with everyday Arizonans. Enough is enough.”

Now then, before I haul out my bucket of cold water, let me say that Mr. Simcox will be recipient of campaign cash from the 908 household, I will put shoe leather on the ground for him and I will vote for him early and often.

Now, “Wishin & Hopin”? Yep. Simcox doesn’t have a prayer. McCain will get upwards of 60% of the vote and win in a walk.

Simcox has some national base because of his stance on the immigration issue. That will help him because he will have the ability – limited ability I would note – to raise funds outside of Arizona. He may – may – even outraise McCain in Arizona. But on a national basis, I would guess that McCain will probably raise $100 for ever $1 Simcox raises. Not to mention that there will be a parade of Washington clubbies who will both endorse him and campaign for him if necessary. And then there’s the media. You can count on outside groups coming in and running hit pieces on Simcox immigration stand and ignoring the fact that he’s far from a one issue candidate. Check his website, please.

The reality of the situation is that the Democrats don’t have a credible candidate to run against McCain in the general. They have exactly no one with any statewide name recognition – unless Janet comes back. McCain will need to spend about $1.25 on media in the general. And yes, that’s one dollar and twenty five cents. Bottom line, he can spend every nickle he can raise running against Simcox in the primary.

Oh, and did I mention that McCain has a campaign organization in Arizona? And Simcox doesn’t. Now, he can work to build one, but keep in mind that he’s never run for office and has no organization or staff that knows anything about anything but immigration.

Oh well. Hope springs eternal. If you’re looking for me next year, I’ll be the guy driving the big 7 series bronzet BMW held together with “Simcox for Senate” stickers. 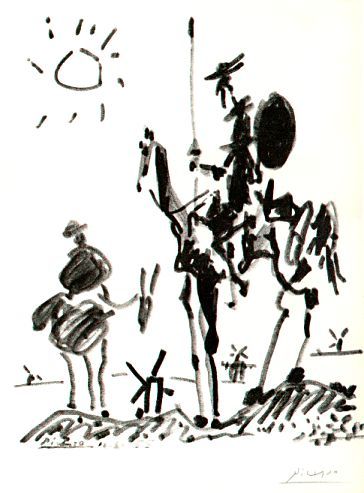 I’ll be the one on the left.