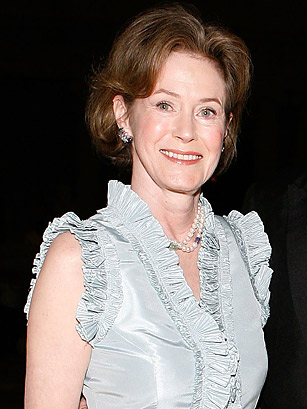 MANHATTAN — Move over Sarah Jessica Parker, you may have finally met your match. The fictional ladies of Sex and the City have nothing on real life federal “Love Judge” Kimba Wood.

For instance, given the rigid constraints of 28 U.S.C § 455(a), which is the federal law that requires any federal judge “to disqualify himself [or herself] from any proceeding in which his [or her] impartiality might reasonably be questioned,” most other federal judges probably wouldn’t have contorted themselves into such a kinky position for all to see.

But apparently “no” doesn’t mean “no” to the “Love Judge.” And despite a clear entanglement arising from her role officiating the 2013 wedding ceremony of billionaire Democrat mega-donor George Soros before he gave Hillary a $10,556,793 golden shower, Wood keeps trying to stick it to long-time Trump lawyer Michael Cohen by giving him what seems like a non-consensual public colonoscopy as Stormy Daniels watches and takes notes.

Indeed, her history reveals that such twisted triangles are nothing new for Judge Wood. After divorcing her 2nd husband over a lack of sex, she was named as “the other woman” by her future 3rd husband’s ex-wife in divorce papers. It was the sweltering diary of that third husband, Frank “the money man” Richardson III, which when published, earned the sultry temptress the nickname “the Love Judge.” Prior to publication, Judge Wood did not return a request for comment as to whether the “money man” ever gave her a pearl necklace or if the logging in his journal ever included a cleveland steamer.

Earlier, Wood had worked at a Playboy casino when she was in college.

In the 1990s, Billary was so impressed with Wood that she made it onto a short list of candidates for U.S. attorney general before it was discovered that the “Love Judge” had hired a nanny whom the press at the time called an “illegal immigrant,” and she was removed from consideration. Janet Reno later assumed the position on the Clinton’s staff.

Then, this year, despite her connections to the Clintons and Soros as well as the effect of immigration issues on her own career, Wood failed to recuse herself from presiding over the hearings concerning the legal files seized by the FBI from Trump’s lawyer Michael Cohen. A seemingly jealous jurist, Wood also strayed into a Grey area when she forced Cohen to publicly list the privileged identities of his other legal clients in open court.

Most recently, after critics pointed out that Hillary got to choose which of her emails she handed over to the FBI when they “investigated” her private email server, Wood appointed her own so-called “special master,” overruling candidates suggested by both Cohen and prosecutors, to go through Cohen’s legal documents and determine which were privileged and which could be handed over to investigators.

That special master has been working with Trump’s lawyer to process documents at break neck speeds, but apparently they haven’t been going fast enough to get Wood off from riding them hard.

Last week, Wood said that if they couldn’t go faster, she’d cancel her contract with her “special master” and call in the G-Men’s so-called “taint team” and let them have a lick at it.

To join the over 4,700 people who have signed the petition urging House Speaker Paul Ryan (R-WI) to bring articles of impeachment against Judge Wood for failing to recuse herself despite her conflicts of interest, click here.

This article first appeared at FreeMartyG.com.