Confidence in AG appears at all time low 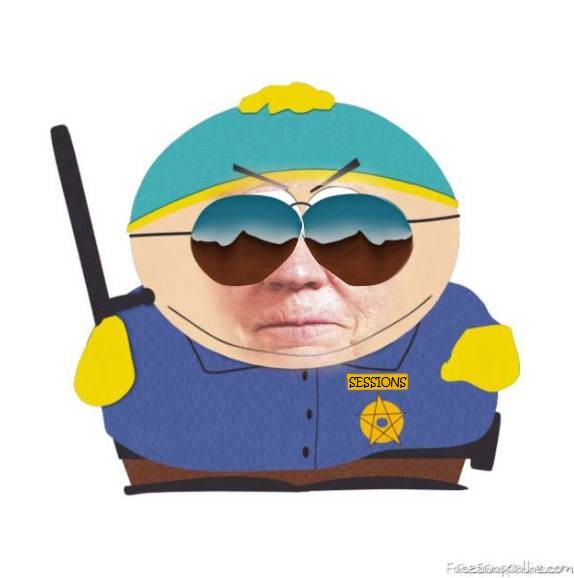 A WhiteHouse.gov petition urging President Trump to fire U.S. Attorney General Jefferson Beauregard Sessions “for all the obvious reasons” is bringing in thousands of digital signatures within hours of appearing online and new signatures are being accepted here.

Sessions has been overruled by the President on his proposed cannabis crackdown, recused by his own order on the so-called “Russia investigation,” largely silent on the alleged crime of Clintons, and now his department is failing to answer congressional subpoenas.

Now, the man who many contend has been acting as the head human shield standing in between Hillary and a possible 30,000+ count felony indictment has found a new place at the White House – on the front page of its petition website.

And at the time of writing, FreeMartyG is currently conducting polls asking if Sessions is helping to protect Hillary Clinton from justice. You can vote on Twitter here or Facebook here.

Meanwhile, a separate petition asking House Speaker Paul Ryan (R-WI) to introduce articles of impeachment against Federal Judge Kimba Wood, who has been overseeing the legal files seized from President Trump’s longtime lawyer Michael Cohen and who forced him to list his clients publicly in open court, has also been bringing in thousands of signatures and new signatures can be submitted here. Previous polling conducted by FreeMartyG via its Twitter and Facebook pages indicated nearly unanimous approval for the impeachment of the Manhattan U.S. district court judge due to her failure to recuse herself from the Cohen hearings despite numerous ties to the Clintons, including her role officiating the 2014 wedding ceremony of billionaire Democratic mega-donor George Soros who in turn gave $10.5 million to Hillary’s failed 2016 presidential campaign. And those polls closed before FreeMartyG revealed that Clinton’s 2016 campaign manager, John Podesta, had been keeping a list of judges’ contact info which included Judge Wood’s official email address. FreeMartyG previously submitted federal Freedom of Information Act (FOIA) requests seeking emails between Podesta and Wood as well as Podesta and the other judges on the list and Lyn Hardy, Special Counsel for Freedom of Information & Privacy Acts, responded that she would “neither confirm nor deny the existence of any such records…”

Marty Gottesfeld is an Obama-era political prisoner. You can donate to his legal defense fund at FreeMartyG.com.