Families well below the president’s ‘no-tax’ threshold will get a six-figure bill.

The House and Senate are preparing to pass President Barack Obama’s radical budget blueprint, with only minor modifications, by using (abusing would be more accurate) the budget “reconciliation” process. This process circumvents the Senate’s normal rules requiring 60 votes to prevent a filibuster. Reconciliation was created by Congress in the mid-1970s to enforce deficit reduction, the opposite of what the president and his party are aiming for. 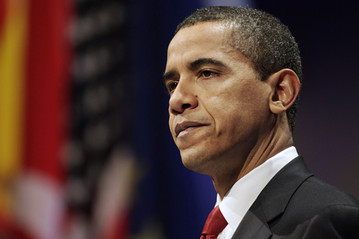 The immense increase in nondefense spending and taxes, and the tripling of the national debt in Mr. Obama’s budget, have been the subject of considerable scrutiny since it was announced. Mr. Obama and his economic officials respond, not without justification, that he inherited an enormous economic and financial crisis and a large deficit. All presidents present the best possible case for their budgets, but a mind-numbing array of numbers offers innumerable opportunities to conjure up misleading comparisons.

Mr. Obama’s characterizations of his budget unfortunately fall into this pattern. He claims to reduce the deficit by half, to shave $2 trillion off the debt (the cumulative deficit over his 10-year budget horizon), and not to raise taxes on anyone making less than $250,000 a year. While in a Clintonian sense correct (depends on what the definition of “is” is), it is far more accurate to describe Mr. Obama’s budget as almost tripling the deficit. It adds $6.5 trillion to the national debt, and leaves future U.S. taxpayers (many of whom will make far less than $250,000) with the tab. And all this before dealing with the looming Medicare and Social Security cost explosion.

Some have laid the total estimated deficits and debt projections (as more realistically tallied by the Congressional Budget Office) on Mr. Obama’s doorstep. But on this score the president is correct. He cannot rightly be blamed for what he inherited. A more accurate comparison calculates what he has already added and proposes to add by his policies, compared to a “do-nothing” baseline (see nearby chart).

The CBO baseline cumulative deficit for the Obama 2010-2019 budget is $9.3 trillion. How much additional deficit and debt does Mr. Obama add relative to a do-nothing budget with none of his programs? Mr. Obama’s “debt difference” is $4.829 trillion — i.e., his tax and spending proposals add $4.829 trillion to the CBO do-nothing baseline deficit. The Obama budget also adds $177 billion to the fiscal year 2009 budget. To this must be added the $195 billion of 2009 legislated add-ons (e.g., the stimulus bill) since Mr. Obama’s election that were already incorporated in the CBO baseline and the corresponding $1.267 trillion in add-ons for 2010-2019. This brings Mr. Obama’s total additional debt to $6.5 trillion, not his claimed $2 trillion reduction. That was mostly a phantom cut from an imagined 10-year continuation of peak Iraq war spending.

The claim to reduce the deficit by half compares this year’s immense (mostly inherited) deficit to the projected fiscal year 2013 deficit, the last of his current term. While it is technically correct that the deficit would be less than half this year’s engorged level, a do-nothing budget would reduce it by 84%. Compared to do-nothing, Mr. Obama’s deficit is more than two and a half times larger in fiscal year 2013. Just his addition to the budget deficit, $459 billion, is bigger than any deficit in the nation’s history. And the 2013 deficit is supposed to be after several years of economic recovery, funds are being returned from the financial bailouts, and we are out of Iraq.

Finally, what of the claim not to raise taxes on anyone earning less than $250,000 a year? Even ignoring his large energy taxes, Mr. Obama must reconcile his arithmetic. Every dollar of debt he runs up means that future taxes must be $1 higher in present-value terms. Mr. Obama is going to leave a discounted present-value legacy of $6.5 trillion of additional future taxes, unless he dramatically cuts spending. (With interest the future tax hikes would be much larger later on.) Call it a stealth tax increase or ticking tax time-bomb.

What does $6.5 trillion of additional debt imply for the typical family? If spread evenly over all those paying income taxes (which under Mr. Obama’s plan would shrink to a little over 50% of the population), every income-tax paying family would get a tax bill for $163,000. (In 10 years, interest would bring the total to well over a quarter million dollars, if paid all at once. If paid annually over the succeeding 10 years, the tax hike every year would average almost $34,000.) That’s in addition to his explicit tax hikes. While the future tax time-bomb is pushed beyond Mr. Obama’s budget horizon, and future presidents and Congresses will decide how it will be paid, it is likely to be paid by future income tax hikes as these are general fund deficits.

We can get a rough idea of who is likely to pay them by distributing this $6.5 trillion of future taxes according to the most recent distribution of income-tax burdens. We know the top 1% or 5% of income-taxpayers pay vastly disproportionate shares of taxes, and much larger shares than their shares of income. But it also turns out that Mr. Obama’s massive additional debt implies a tax hike, if paid today, of well over $100,000 for people with incomes of $150,000, far below Mr. Obama’s tax-hike cut-off of $250,000. (With interest, the tax hike would rise to more than $162,000 in 10 years, and over $20,000 a year if paid annually the following 10 years). In other words, a middle-aged two-career couple in New York or California could get a future tax bill as big as their mortgage.

While Mr. Obama’s higher tax rates are economically harmful, some of his tax policies deserve wide support, e.g., permanently indexing the alternative minimum tax. Ditto some of the spending increases, including the extension of unemployment benefits, given the severe recession.

Neither a large deficit in a recession nor a small increase from the current modest level in the debt to GDP ratio is worrisome. And at a 50% debt-to-GDP ratio, with nominal GDP growing 4% (the CBO out-year forecast), deficits of 2% of GDP would not be increasing the debt burden relative to income.

But what is not just worrisome but dangerous are the growing trillion dollar deficits in the latter years of the Obama budget. These deficits are so large for a prosperous nation in peacetime — three times safe levels — that they would cause the debt burden to soar toward banana republic levels. That’s a recipe for a permanent drag on growth and serious pressure on the Federal Reserve to inflate, not the new era of rising prosperity that Mr. Obama and his advisers foresee.

Mr. Boskin is a professor of economics at Stanford University and a senior fellow at the Hoover Institution. He chaired the Council of Economic Advisers under President George H.W. Bush.

An Open Letter to the President of George Washington University; We Shouldn't Be Awarding Fauci
Scott Hounsell

Reports: Taliban Decapitating Children and Hunting Down US Collaborators
Townhall
Fox News reporter got some help finding a way around FAA's flying restriction at Texas border (Biden will NOT like this)
Twitchy
Update: Reporter Lowers the Boom on Jen Rubin After Politico Dunking, She Doesn’t Take It Well
Redstate
Federal Court Ruling Just Made the Border Crisis Infinitely Worse
PJ Media