America's JimJams over Donald Trump may be Artificial

Trump for president? Isn’t he that, “You’re fired” guy we used to all make memes about? Oh wait…he’s the one that did those publicity stunts surrounding Barack Obama’s birth certificate, right? Actually…it appears that he’s really going to be the Republican presidential nominee. I personally used to joke that it was all a farce. Come on…he’s just doing this for brand recognition. He’s not really serious and nobody is taking him as such, I would retort.

Yet here we are. The RNC is still in the grips of civil war regarding just what to do with the Don. Former president of Mexico Vicente Fox has been trolling Trump on Twitter (alliteration!), straying away from his Republican roots to vote for Hilary stating, “What choice do I have?” Not a day goes by where there isn’t some headline warning us that Donald Trump is in fact the harbinger of Skynet and the Apocalypse.

Although you already know how I feel about United States Presidential elections, I don’t think any of this doom and gloom is necessarily the case.

I won’t speak to whether or not Donald Trump is racist, sexist, communist, or any other assortment of ‘ist’. I compare him to the Civil War era of the United States, and the way the South completely demonized Lincoln. He was their Trump. He was the heralding angel of the End of the World (or at least their way of life). History has since painted a different picture of Lincoln, and I think it will do the same for Trump.

So no, I do not believe that Donald Trump is the great test for America, but I do have a few theories about what exactly is going on (you know that I did).

I look forward to watching the debates and general election to see if any of my theories are on point.

In particular order, here we go: 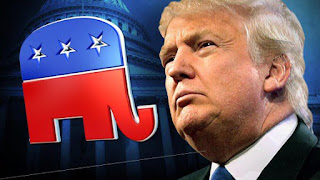 1. Trump’s candidacy was designed grassroots, by the RNC, to reinvigorate a platform that hasn’t seen a Republican President in eight long years. Once he had accomplished this goal, with the voters being fired up for the new-and-improved GOP, a more traditional candidate (Ryan?) would step up and claim the nomination. In this scenario, Trump was never meant to actually make it as far as he has, but Trump being the wild card that he is,  ran with the momentum. 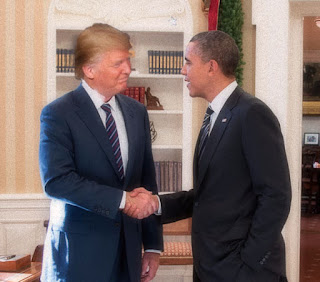 2. Trump’s candidacy was sponsored by the DNC(!) to be so outlandish and ridiculous, that Hilary Clinton would be a shoo-in. The voters  would agree with Fox and cry, “What other choice do we have?” I see a lot of this chatter already in the press and op pieces. What would a business mogul like Trump possibly hope to gain by losing power and becoming POTUS? It is surely a well-orchestrated conspiracy to ensure Hilary’s inauguration in January 2017. 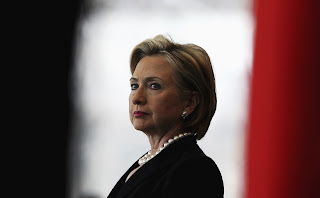 3. Trump’s candidacy was designed grassroots, by the RNC to capitalize on a particular theme that the Democrats will certainly emphasize: that just as Barack Obama shattered all preconceived notions of what it means to run for and be elected president, so would Donald Trump destroy the status quo, being a non-politician, Washington outsider (in Hilary’s case, it would be the precedent of civil equality that Mr. Obama started, as being the first ever female president in United States history). I seriously believe this will be one of Hilary’s strongest played cards if she trumps (pun intended) Bernie Sanders and becomes the Democratic nominee.

4. Or then there’s just this explanation from Shark Tank investor Kevin O’Leary:

I look forward to watching the debates and general election to see if any of my theories are on point.
What do you think?