Bad policy and the politics of fear: The New New Deal 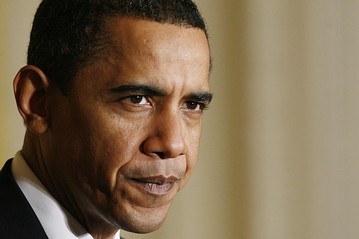 So this is the new change ushered in by Obama’s mandate? Repeated reminders that “he won” followed by a hyper-partisan, lavish, Democratic retreat in Virginia — during a time when our economy is supposedly on the verge of a catastrophe mind you. The speech itself  amounted to nothing more than a sarcastic-laced, glib and polarizing pep-rally by President Obama. He used his slot to reinforce what has been the Democrat approach all along and that is, of course, spending — any kind of spending. Obama obviously stopped short of any details about the items in the bill and how exactly the government proposed to come up with the money. He should really take Bill Clinton’s advise in the future.

It became apparent that once the Republicans were not on board and the American public saw a one sided bill so crammed with goodies that few seriously mistook for anything less than an orgy of mass government spending, he resorted to the very thing he railed against for nearly two years on the campaign trail. He trumped up fear. He took to the airwaves about it. He addressed Congress about it. And he made sure along with VP Biden that the American people got the bleakest picture imaginable. He used terms like “catastrophe,” “devastation,”  “grave consequences” and “serious threats” if Congress did not act now in passing the proposed bill. He painted a picture that the Republicans were escalating the dangers by refusing to play ball.

So this is the New New Deal? Well if it is, it is a far cry from “The only thing we have to fear…is fear itself!”

And despite the Presidents repeated calls for bipartisanship and a refreshing hands-on approach, he allowed his House Democrats to write the bill and fill it full of waste. The result was a hallmark of sorts that illustrates wonderfully to the American people exactly what is wrong with our government. Obama could have interjected and allowed for cuts in payroll taxes and corporate taxes. But, he didn’t and he allowed an already despised Congress to hijack the bill and run it through to the Senate.

Instead, Mr. Obama chose to let House Democrats write the bill, and they did what comes naturally: They cleaned out their intellectual cupboards and wrote a bill that is 90% social policy, and 10% economic policy. (See here for a case study.) It is designed to supportincomes with transfer payments, rather than grow incomes through job creation.

This is the reason the bill has run into political trouble, despite a new President with 65% job approval. The 11 Democrats who opposed it in the House didn’t do so because they want to hand Mr. Obama a defeat. The same is true of the Senate moderates of both parties working to trim their $900 billion version. They’ve acted because they can’t justify a vote for so much spending for so little economic effect. You know a piece of legislation is in trouble when even its authors begin to deny paternity, as economist Martin Feldstein has recently done. (Wall Street Journal: “The Stimulus Tragedy”)

Recessions have historically lasted 16 – 18 months. Depending on the severity, government has acted to spend where there are shortfalls and apply tax relief to consumers and businesses. This isn’t something new or unique to Obama’s presidency. But he is choosing to handle it much differently than anytime before.

Go here to read the rest.