What we do know about our Government isn’t anything to brag about, but what we don’t know appears to be the missing piece of the puzzle. We have proven many times since 2008, that taxpayer’s money has been misappropriated by our Government.

Here’s a brief run – down of Government activities starting in January of 2009.

We know that taxpayers had $787 billion dollars charged to their account – what we don’t know is where all of our money has disappeared and why our National Deficit keeps growing at the rate of 5 billion dollars per day. We don’t understand why a portion of the stimulus money wasn’t used to slash the National Deficit, nor do we understand why our debt ceiling was raised aging.

Americans were concerned about this huge stimulus bill and yet a bit too complacent and trusting, because we didn’t really listen to what Mitch McConnell said less than 2 months after Obama was inaugurated.

We know that Senate Minority Leader Mitch McConnell on February 22, 2009 told CNN that it’s time for Obama to meet at the White House and talk about the rapidly growing National Deficit; Mitch said, “We’re spending money at a very, very rapid pace, far beyond anything in history.”

ABC news tried to get our attention and featured an article on our National Debt saying, “Rising debt may be our next crisis.” What we don’t know is why Republicans and Democrats didn’t stop Obama’s spending addiction at this time?

Actually many Republicans tried to get our attention, but we were too busy trying to keep our jobs, save our homes that we didn’t really hear them and no one listens to us anyway.

What we do know is that from January 2009 thru October 2009 our National Deficit increased 1.42 trillion under Obama’s watch. What we don’t know is why our Government didn’t stop this person addicted to spending.

Mitch McConnell speaks up again saying, “No more spending money we don’t have.” We also know that Democrats were the “Big Dogs” in the White House, in fact since 2006 and they just ignored Mitch. What we don’t know is why our Government didn’t listen to us and stop the spending.

We do know that in March 2010, Obamacare (2700 page bill) was passed without any transparency as promised and even before anyone had a chance to read the bill. We do know that Obamacare brought our economy to a screeching halt; businesses were stopped cold in their tracks. What we don’t understand is why was this bill passed without our approval and why no one was allowed to read it?

What we do know is Obama authorized 10,000,000 for the “Fast and Furious” gunrunner program; Obama and his cohort (Eric Holder) deny knowing anything about this deadly program that allows high powered weapons to walk across our border into the hands of the drug cartels in Mexico.

What we do know is Obama put our Nation into a 3rd war without Congress approval or without consulting the American public. What we don’t know is why are we fighting a war in Libya?

What we do know is Obama sneaked behind our backs when the Dream Act wasn’t passed and told ICE to stop deporting illegal aliens unless they were convicted criminals. Why would Republicans and Democrats allow this man to ignore our laws already etched in stone?

What we do know it the Obama Administration gave Solyndra a 535 million dollar loan guarantee and Solyndra executives contributed to Obama’s campaign. One of Obama’s bigger bundlers, George Kaiser also a Solyndra company investor contributed big time to the Obama 2008 campaign.

What we don’t know is why our Government is still spending billions of dollars on the “green thing,” when three green companies are declaring bankruptcy. Nothing “Green” has restored our economy!

What we do know is our economy added zero net jobs in August and unemployment applications are sky rocketing again September 2011. Obama just asked us to sign for his second stimulus package in less than three years.

If Republicans and Democrats want to get our economic wheels rolling, they must first take care of Obamacare, EPA and the senseless regulations placed on our businesses.
Americans should be fighting mad, businesses have the money to start hiring and growing, but our Government refuses to release the chains.

Instead we’re forced to listen to their political rhetoric and watch them play their childish games in a Government that should be of the people, by the people and for the people.

Abraham Lincoln said in the Gettysburg Address, “ It is rather for us to be here dedicated to the great task remaining before us—that from these honored dead we take increased devotion to that cause for which they gave the last full measure of devotion—that we here highly resolve that these dead shall not have died in vain—that this nation, under God, shall have a new birth of freedom—and that government of the people, by the people, for the people, shall not perish from the earth.” 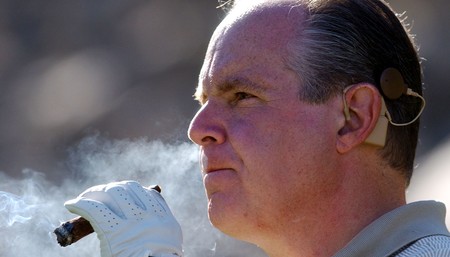