Stephanopoulos is a Stain on Journalism

Be kind to your local newspaper, because it’s not easy turning blank newsprint into journalism.  These days, ink-stained fingers and paperboys are mostly artifacts of a past time, although some idioms remain in use.

“Never pick a fight with people who buy ink by the barrel,” was one of Mark Twain’s favorite warnings, admonishing people to steer clear of verbal assaults on newspaper publishers and newsmen, or suffer the consequences.  Twain lived in a very colorful period of American journalism—a time at the end of 19th century during which the phrase “Yellow journalism” was coined.

Yellow journalism is misleading, sensational, and self-promoting, and its golden era was the last decade of the 1800’s.  As two New York City newspapers, the New York World and the New York Journal competed for circulation numbers, they used every trick in the book to attract readers.

The New York World featured bold headlines in 48-point type over sensational stories with unnamed sources and elaborate illustrations, sprinkled in among serious news stories.  However, what’s ironic about Yellow journalism is its most famous practitioner:  Joseph Pulitzer turned the New York World into the city’s highest circulation newspaper in New York City by 1885.

Pulitzer and his newspaper were far from impartial, with well-known ties to the Democratic Party.  However, Pulitzer believed that newspapers had a duty to serve the public and improve society.

When the Hungarian-born Pulitzer died in 1911 with a net worth of $30 million ($750 million in 2014), his will established an award for achievements in journalism and literature.  This, of course, is known as the Pulitzer Prize.

Today there are probably more sources of Yellow journalism than ever before, most of them on the Internet.  Many of those tempting “news” headlines are really self-promoting articles inviting you to visit a website, which generates advertiser revenue.

But American journalism is in a crisis like never before.  Lately, some very prominent news reporters and anchors have suffered ethical lapses, weakening the entire profession.  Pulitzer would not have stood for that 120 years ago, and Americans shouldn’t stand for it today.

The Society of Professional Journalists has laid out a Code of Ethics, to which every reporter, anchor, and media professional must adhere.  These ethics are founded on simple principles:  ensuring “the free exchange of information that is accurate, fair and thorough.”

When CBS “60 Minutes” host Dan Rather disgraced himself in 2004 by promoting a negative story about President George W. Bush, knowing that it was unsubstantiated and likely based on faked documents, he violated the code.  And NBC anchor Brian Williams broke the code when he lied about his Iraq experiences.

According to the Society’s Code of Ethics, one of the highest and primary obligations of ethical journalism is to  “avoid conflicts of interest, real or perceived,” and “disclose unavoidable conflicts.”

Rather’s and Williams’ transgressions pale in comparison to ABC’s chief anchor and host of “This Week” George Stephanopoulos.  On April 28, Stephanopoulos interviewed Peter Schweizer, the author of “Clinton Cash,” a book which alleges that improper donations to the Clinton Foundation influenced State Department official actions while Hillary Clinton was secretary of state.

Stephanopoulos never disclosed to ABC News, or to the public, that he had personally donated a total of $75,000 to the Clinton Foundation from 2012 through 2014.  Nobody assumes that Stephanopoulos is impartial—he’s been connected to the Clintons for decades—but his egregious and real conflict of interest in this story diminishes the entire journalist profession.

He has agreed to step down as moderator for the February  2016 Republican Presidential primary debate but that’s barely a slap on the wrist for such a monumental breach of ethics.

There is really only one acceptable course of action for ABC: Fire Stephanopoulos.  If Williams and Rather—career journalists—were removed for their errors, then how much more should Stephanopoulos, a political hack and Clinton consigliere, be punished.

George Stephanopoulos is a stain on the media, and should be banned from ever holding a position in journalism again. 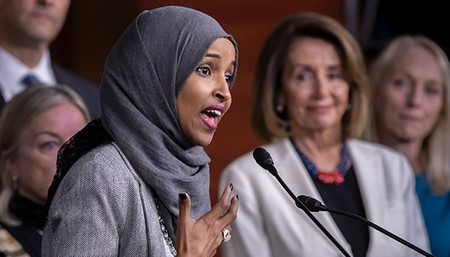