If there were a law against biased “journalism”, there’s enough evidence to convict the mainstream media of it just by looking at their coverage of Rick Perry.  I thought they had it in for Scott Walker, but that was mostly the communists over at MSNBC, and nobody watches MSNBC anyway.  The MSM has carpet-bombed coverage of Perry’s indictment for ‘abuse of power’, devoting 25 minutes of airtime in two days, all of it breathless speculation that this could “end any chance of a White House run in 2016” or some derivation thereof.

The stories were uniformly disparaging of Governor Perry, dismissive of his rebuttals, and focused on how this will cripple his presidential chances in 2016, which he hasn’t even announced.  You might even be led to think that the MSM has some vested interest in not having a President Perry (really?).

CBS went with these stories:

And this one, which wins the award for “Pointless Irrelevancy” (note the featured image from the RedState Gathering, with full attribution).

No arrest warrant for Rick Perry after indictment, judge says

The first paragraph ties to the title, stretching the bounds of credulity just to insert the words “arrest warrant for Rick Perry” into the Googleverse.  That paragraph is the poster child of the MSM’s coverage.

A judge has decided not to issue an arrest warrant for Texas Gov. Rick Perry, a court official said Monday, meaning the Republican can continue traveling the country and gearing up for a possible 2016 presidential run despite being indicted on two felony counts of abuse of power.

The rest of the story is a retelling of the liberal narrative, calling Perry “defiant” (as if he should simply bow his head and extend his hands to be handcuffed), alleging he “stumbled” in 2012.

A sampling of the other MSM stories:

CNN echoes most of these, cemented between cracks in their wall-to-wall Ferguson coverage…at least this one is honest that it’s “opinion”:

One silver lining, other than the fact that CBS is helping to promote RedState, is HuffPost’s coverage, which correctly notes:

That’s right, they quote a tweet by David Axelrod, “Unless he was demonstrably trying to scrap the ethics unit for other than his stated reason, Perry indictment seems pretty sketchy.”*

*To be fair, CBS’s “No arrest warrant” story also includes the Axelrod quote, albeit at the very end, right before this sentence designed to refute it “Democrats point out that McCrumb, the special prosecutor, was appointed by a Republican judge, undercutting Perry’s argument about partisanship.”  Bless their hearts. 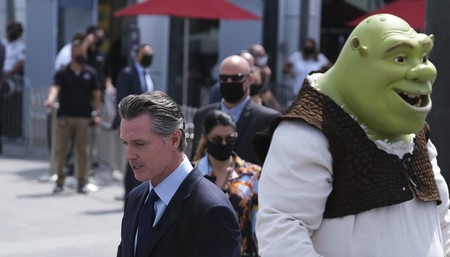 Murray Rothbard on the US Constitution: Conceived in Liberty or a Constitutional Coup?
Stu Cvrk

Biden Just Said He Wants to Ban Handguns
Townhall
CNN's Brian Stelter outs Tucker Carlson for using one email from one of 4,000 'staffers' about the vaccine being the carrot on the stick
Twitchy
CA RECALL: A New Poll Just Might Be Newsom's Worst Nightmare
Redstate
Facebook Flags the Name of a Gardening Tool When Used in a Gardening Group
PJ Media